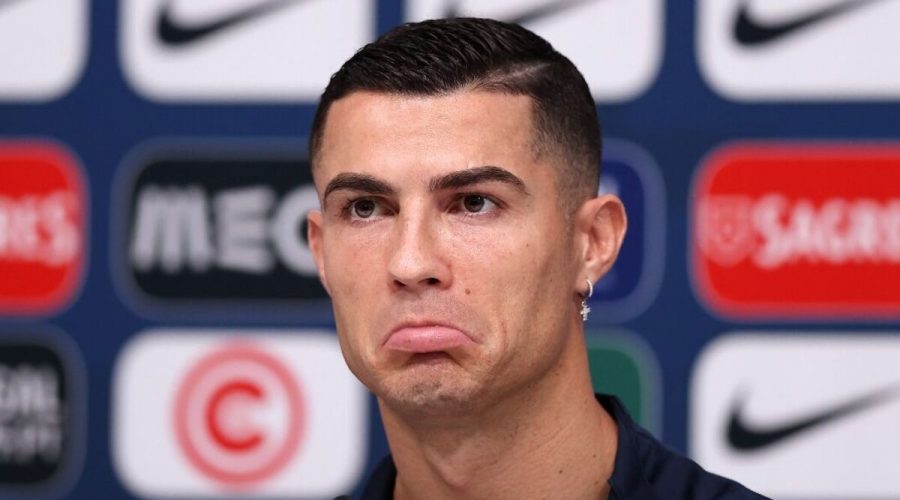 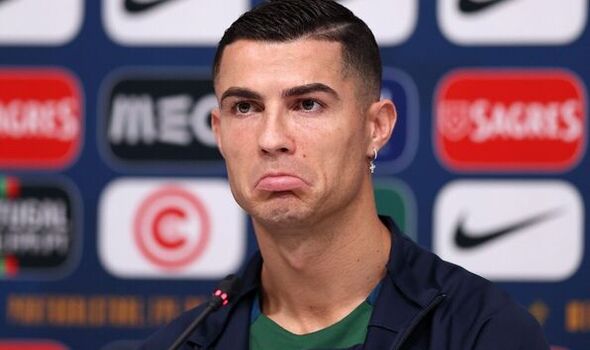 Cristiano Ronaldo has been handed a £50,000 fine and a two-game ban from the FA less than 24 hours after he mutually terminated his contract with Manchester United. The punishment relates to an incident following the Red Devils’ match against Everton in April, when the Portuguese star appeared to knock a young supporter’s phone from out of his hands in a fit of rage.

The 37-year-old has been dominating the headlines recently following his explosive interview with Piers Morgan, in which he laid into a number of figures at United such as their Glazer owners and manager Erik ten Hag.

Following Ronaldo’s comments, it emerged on Tuesday that both he and the club had agreed to terminate their relationship, with Ronaldo now a free agent. Now, however, the five-time Ballon d’Or winner has received bad news from the FA, according to The Mirror

The ban handed out means that if Ronaldo were ever to return to the Premier League he would be suspended for two matches, with the likes of Newcastle and Chelsea among those said to be interested in his services. And he will also be required to pay a hefty £50,000 fine due to his actions at Goodison Park earlier this year.

Ronaldo was cautioned by Merseyside police following the phone incident, and issued a public apology on Instagram. In the post he shared, he wrote: “It’s never easy to deal with emotions in difficult moments such as the one we are facing. Nevertheless, we always have to be respectful, patient and set the example for all the youngsters who love the beautiful game.

“I would like to apologise for my outburst and, if possible, I would like to invite this supporter to watch a game at Old Trafford as a sign of fair-play and sportsmanship.”

The invitation to watch a game, however, was declined by the 14-year-old’s mum, who said her son Jake had autism and was furious at Ronaldo’s behaviour.

Ronaldo is currently in Qatar with Portugal and is expected to face plenty of questions about the end of his United contract when he faces the media on Wednesday. The forward shared some of his feelings about the breakdown of the relationship on social media as the news broke.

“Following conversations with Manchester United we have mutually agreed to end our contract early,” said a statement from Ronaldo. “I love Manchester United and I love the fans, that will never ever change. However, it feels like the right time for me to seek a new challenge.

“I wish the team every success for the remainder of the season and for the future.”