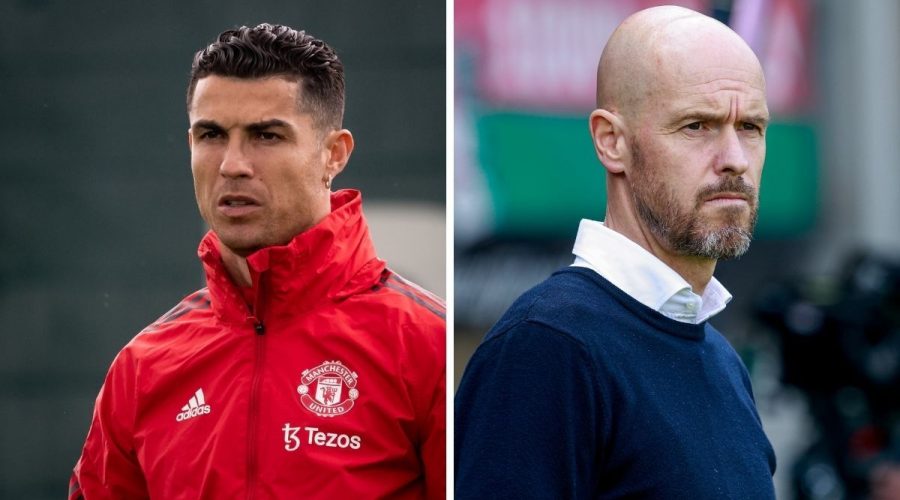 Cristiano Ronaldo has hinted that he could stay at Manchester United beyond this summer after reacting to Erik ten Hag’s impending arrival as the club’s new manager. The 37-year-old has publicly reacted for the first time since United announced Ten Hag would take charge next season.

Ronaldo’s future has been unclear since the Red Devils failed to secure a top-four finish in the Premier League, meaning they will be absent from next season’s Champions League. He has dominated the competition throughout his storied career and could be tempted to cut his United return short if an appropriate opportunity arises.

However, in his first public reaction to Ten Hag entering the hot seat, Ronaldo has hinted he could be a part of his squad next season. The iconic number seven has aired the dressing room’s reaction and has issued a rallying call ahead of their hunt for silverware in 2022-23.

He told United’s Spanish website: “I know that he has done a fantastic job at Ajax and that he is an experienced coach, but we have to give him time. Things must change the way he wants. If he does well, all of Manchester United will be successful, so I wish him well. We are all happy and excited [about his arrival], not only as players but as fans as well. We have to believe that next year we can win titles.”

Ronaldo has been United’s standout player throughout a nightmare first season back after making a sensational return last summer. The Portuguese legend has netted 24 goals in 38 games this term, 14 more than the Red Devils’ next highest scorer – Bruno Fernandes.

Many have raised questions over whether Ronaldo would fit into Ten Hag’s play style if he decides to remain at Old Trafford for another season. But the Dutchman is reportedly happy to build the first team of his long-term rebuild in M16 around the star striker.

We’ll be bringing you the very latest updates, pictures, and video on this breaking news story.

For the latest news and breaking news visit:https://www.express.co.uk/sport
Stay up to date with all the big headlines, pictures, analysis, opinion, and video on the stories that matter to you.
Follow us on Twitter @DExpress_Sport – the official Daily Express & Express.co.uk Twitter account – providing real news in real-time.
We’re also on Facebook @DailyExpressSport – offering your must-see news, features, videos, and pictures throughout the day to like, comment, and share from the Daily Express, Sunday Express, and Express.co.uk.