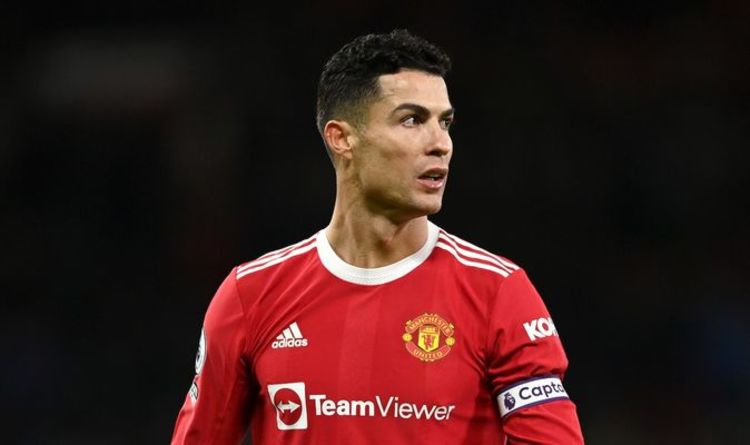 Cristiano Ronaldo is always a popular topic in football conversation, and it’s been another season of making headlines – positive and negative – at Manchester United. The 36-year-old returned last summer and individually has characteristically impressed, but he could also be the root of United’s woes.

Ronaldo’s 14 goals in 21 games this term – in a massively underperforming team – has squashed suggestions that the drip would finally stop when it comes to his prolific exploits in front of goal.

But one of the Red Devils’ main criticisms under Ole Gunnar Solskjaer and Ralf Rangnick has been their inability to play effectively as a team.

Many believe Ronaldo’s insistence on his control in the dressing room and on the pitch hinders United and their talented young attackers.

And based on the latest murmurs coming out of Old Trafford, there could be some truth to those concerns.

Express Sport understands there are rising tensions between groups in Ralf Rangnick’s squad, and he’s struggling to manage the issue.

Maguire has been accused of lacking authority as captain, especially since Ronaldo’s arrival and the overbearing leader persona that comes with him.

And there is discontent with the influence Ronaldo holds over international team-mates, particularly those who can speak Portuguese.

Meanwhile, there are concerns over whether Ronaldo’s consistent presence on the pitch is damaging Greenwood’s development.

The 20-year-old is naturally a striker and boasts incredible ability in front of goal, but most of his minutes this season have come on the wing or as one of Rangnick’s ‘wide 10s’.

Cavani wants to leave the club and is one of as many as eight players looking for a way out.

Despite Ronaldo’s goalscoring antics this term, the widespread issues impacting results pose the question: was re-signing the Juventus star worth it?

Rangnick has an entire week with his disgruntled players on the training pitch to iron out issues and continue to drill his style.

Monday’s FA Cup game against Aston Villa could be an opportunity for the 63-year-old to field those frustrated with minutes.

But the competition is United’s best and arguably only chance of stopping their almost-five-year trophy drought.

There doesn’t seem to be a feasible quick fix for the current dilemma at Old Trafford, and Rangnick is undoubtedly realising he is enduring one of the toughest tests of his coaching career to date.