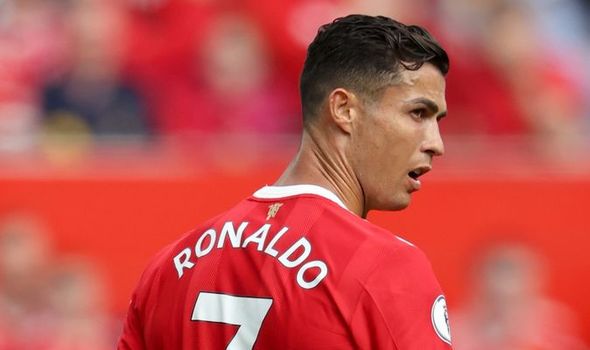 United boss Ole Gunnar Solskjaer handed Ronaldo a start in his first appearance back at Old Trafford since departing to Real Madrid in 2009.

And the 36-year-old inevitably made a big impact by scoring two of the goals in the thumping of former United defender Steve Bruce’s side.

The most surprising aspect of Ronaldo’s performance was that it took him until first half added-time to score his first goal since completing his £20million move from Juventus.

Mason Greenwood’s cut inside from the right wing and saw his effort parried by Freddie Woodman. Ronaldo was on hand to tap home.

Former Liverpool defender Javier Manquillo equalised early in the second half but Ronaldo put United ahead again soon after.

He collected the ball, ran at the Newcastle defence and drove a powerful left-footed strike under Woodman.

Bruno Fernandes and Jesse Lingard added a third and a fourth goal to help United to an easy win over the struggling Tyneside outfit.

Ronaldo has now responded to his dream second debut by thanking the fans for their support.

“My return to Old Trafford was just a brief reminder of why this stadium is known as the Theatre of Dreams,” he on Instagram.

“For me, it has always been a magical place where you can achieve everything you set your mind into.

“Along with all my team-mates and with the amazing support that we always get from the stands, we face the road ahead with confidence and optimism that we’ll all be celebrating together in the end.

“Proud to be back at Man United and playing in the Premier League once again, but above all, happy to help the team! Let’s go, Devils!”

We’ll be bringing you the very latest updates, pictures, and video on this breaking news story.

For the latest news and breaking news visit: /sport/football