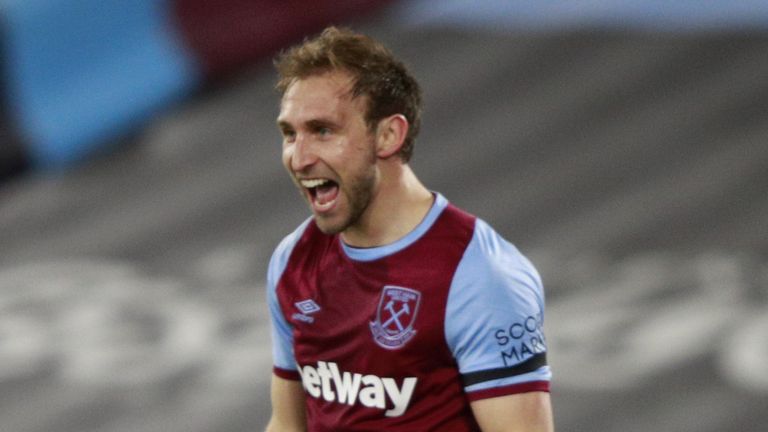 Craig Dawson will complete a permanent transfer to West Ham on a two-year deal from Championship club Watford at the end of the 2020/21 season.

The 30-year-old, who has become a key player under David Moyes since arriving on loan in October 2020, has agreed a deal which will keep him at the London Stadium until the summer of 2023.

“Coming to West Ham has been a great move for myself, and it is a privilege to play for a club with such rooted traditions,” Dawson told the club’s website.

“The squad has a real togetherness, team spirit and great quality. I’m excited for what my future at the club may hold and the potential for what we as a club can go on to achieve.”

In his 15 Premier League starts for West Ham, Moyes’ side have won nine and lost just three, keeping five clean sheets to maintain their challenge for an unlikely top-four finish in the Premier League.

“Craig’s performances, attitude and the impact he’s had demonstrate why he deserves a permanent deal. He arrived with a wealth of Premier League experience and that’s been really important to us,” said West Ham boss Moyes.

“He had to be patient but he’s come in and grabbed his opportunity with both hands. We are always looking to improve the squad and Craig joining us permanently certainly does that.”

April 6, 2021 Soccer Comments Off on Craig Dawson to join West Ham permanently on two-year deal from Watford at end of season
NFL News