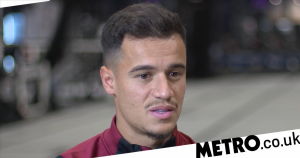 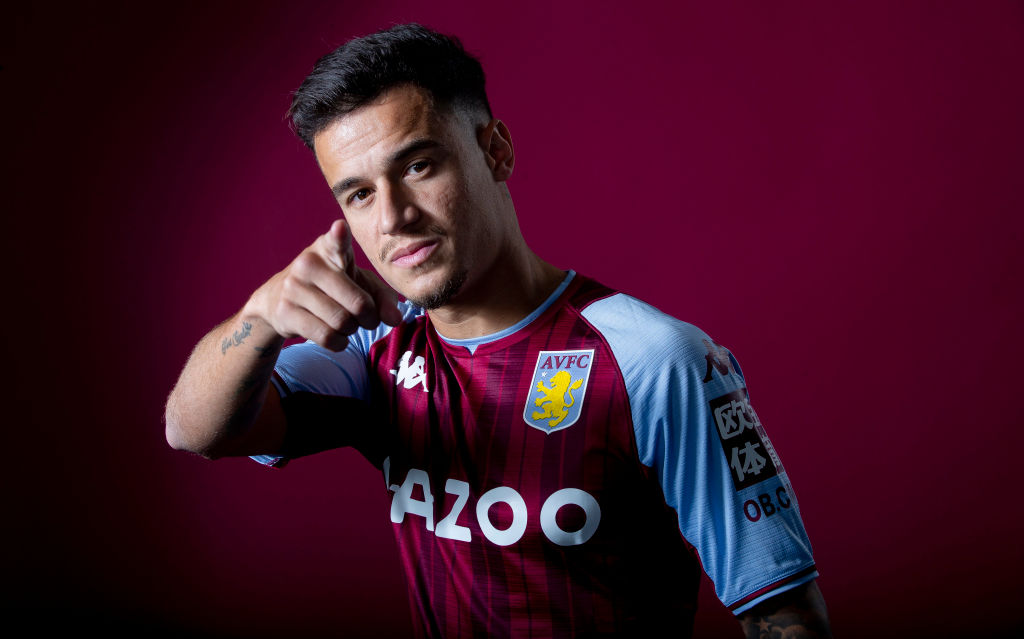 Philippe Coutinho says he ‘quickly’ made up his mind that he wanted to join Aston Villa on loan after speaking with head coach Steven Gerrard about the club’s ambitions.

Villa confirmed they had reached an agreement with Barcelona to sign Coutinho on a temporary basis last Friday and the 29-year-old midfielder was officially unveiled this evening after obtaining a work permit.

Coutinho will be reunited with former Liverpool captain Gerrard at Villa Park and the Premier League outfit have the option to buy the playmaker outright for a fee of £33million next summer.

The Brazil international has struggled to live up to expectations across a disappointing four-year spell at the Camp Nou and will be desperate to return to his scintillating best in England.

He will take over the vacant No.23 shirt at Villa, most recently worn by Jota Peleteiro, Jordan Amavi and Aly Cissokho.

‘I spoke a lot with Stevie and he told me about the club, the ambitions of the club and his ambitions.

‘Of course, I’m very happy to be here and to enjoy the football here.

‘I know Stevie for a long time. I played with him, I learned a lot with him and he’s a guy who I have big admiration for.

‘I hope to do my best here and for sure I have hard work and I know many of the people on his staff. I hope together we can do good work.’

Asked how Gerrard convinced him to join Villa over other potential suitors, Coutinho responded: ‘He told me about the club, the ambitions of the club and that they want to achieve good things, his ambitions also and his plans.

‘When I spoke with him, after the meeting, it was clear for me that I wanted to be here and I think it was quickly.

The Brazilian added: ‘I’m looking forward to meeting the fans, to being on the pitch. I know and I feel that they’re happy that I’m here,’ Coutinho added.

‘I want to repay that on the pitch and enjoy my football. I’m looking forward to being on the pitch.

‘I always want to be at my best, doing my work. That’s what I work hard for every day.

‘I hope it will be a great rest of the season here.’

Asked why he had chosen to take the No.23, Coutinho replied: ‘It’s because it was one of the available numbers and 23 is a number that I like.

‘I played with it before and I think it will bring good luck.’

Though Coutinho is still working his way back to full fitness after recently recovering from Covid-19, he is ‘feeling good’ and could be in line to make his Villa debut at home to Manchester United this coming weekend.

‘Yes, I’m feeling good. I was training at home, of course, almost every day. I think every day I trained,’ Coutinho explained.

‘I also spoke with the fitness coach here. I think I’m good but, for sure, tomorrow I will meet the staff and I will see what the plan is with training and these things.