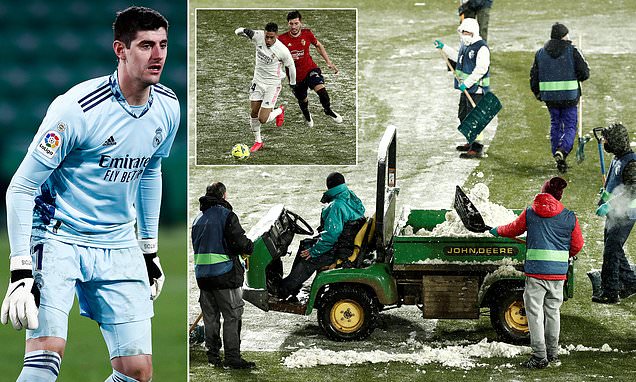 ‘We aren’t puppets that always have to play’: Real Madrid goalkeeper Thibaut Courtois slams LaLiga for allowing goalless draw with Osasuna to go ahead despite heavy snowfall

Real Madrid goalkeeper Thibaut Courtois has slammed LaLiga for allowing his side’s clash with Osasuna to go ahead despite heavy snow.

The Pamplona region in Spain has been hit by an icy front in the last week but Madrid was also hit by a freak snowstorm from Storm Fiomena that delayed Madrid’s journey to the El Sadar Stadium by four hours.

Although the pitch at Osasuna passed an inspection before kick-off there were still patches of snow on the surface as the teams played out a 0-0 draw – with snow falling during the game. 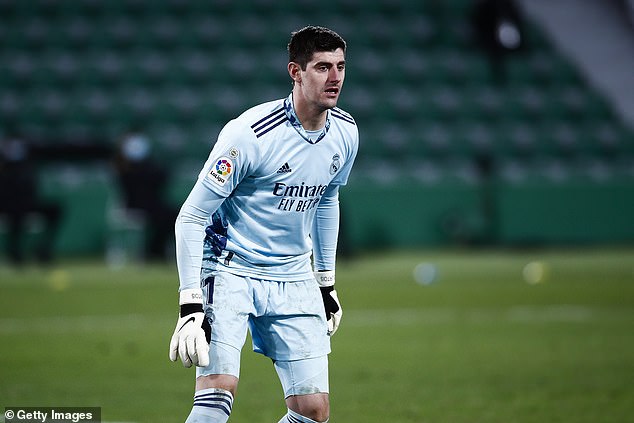 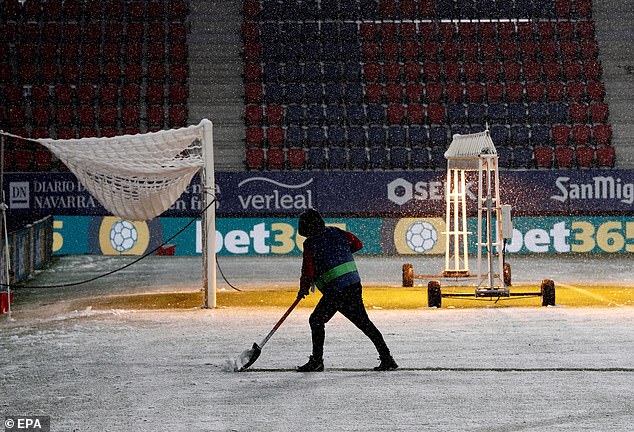 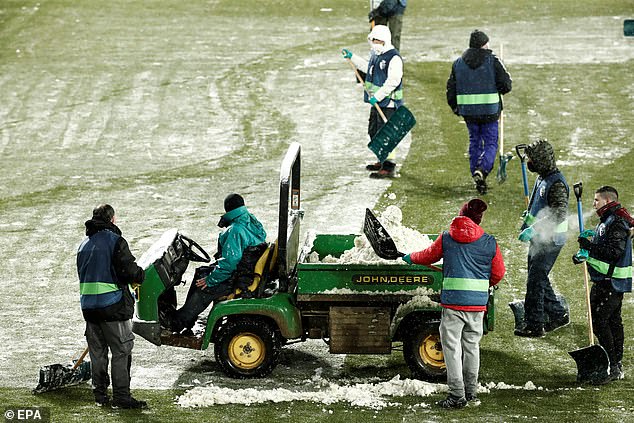 After the game Courtois slammed LaLiga, saying that the players ‘are human and not a show’.

‘I want to thank the people of  Osasuna for having the pitch like this,’ Courtois told Movistar.

‘But it is unfortunate what LaLiga have done to us. We know what the conditions were, and of course we were able to play, but taking off with the frozen runway and now we can’t go home. We are human and not a show.

‘We have done what was asked, as if we didn’t come (to Pamplona) they would have docked three points from us. But I don’t think it’s safe, we aren’t puppets that always have to play.

‘We made the effort today, but we have to think about these trips and the logistics needed to return home.’

Courtois repeated the message on his Instagram social media account after the game, saying ‘common sense’ should have been applied.

The result was a bitter blow for Madrid with the draw only good enough to take them a point behind rivals Atletico Madrid, when a win would have sent them top.

Atletico were also hit hard by snow but the storm that hit the Spanish capital meant their game with Athletic Bilbao was called off. 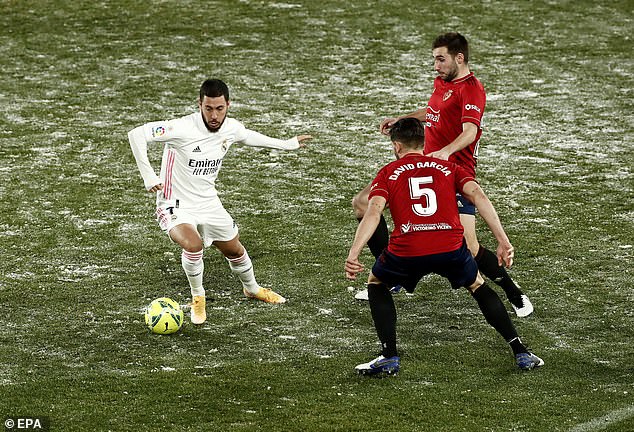 Diego Simeone’s side sit a point clear of their local rivals, but also have at least three games in hand over the four sides that sit below them.

After Real Madrid’s draw at Osasuna, a furious Zidane claimed he would launch a complaint over the game being allowed to go ahead.

‘It was not a football match and that is the feeling we have after what happened,’ he told Marca.

‘It was not a football match and it should have been suspended.

‘I will complain about game going ahead as the conditions were not good.’ 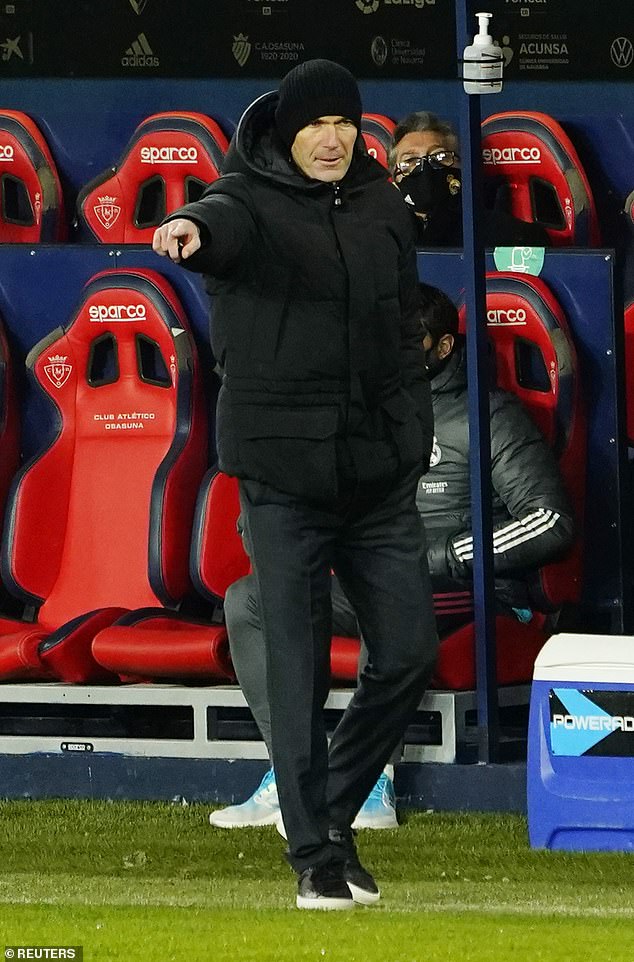 January 10, 2021 Soccer Comments Off on Courtois hits out at LaLiga for not calling off Real Madrid's game
NFL News 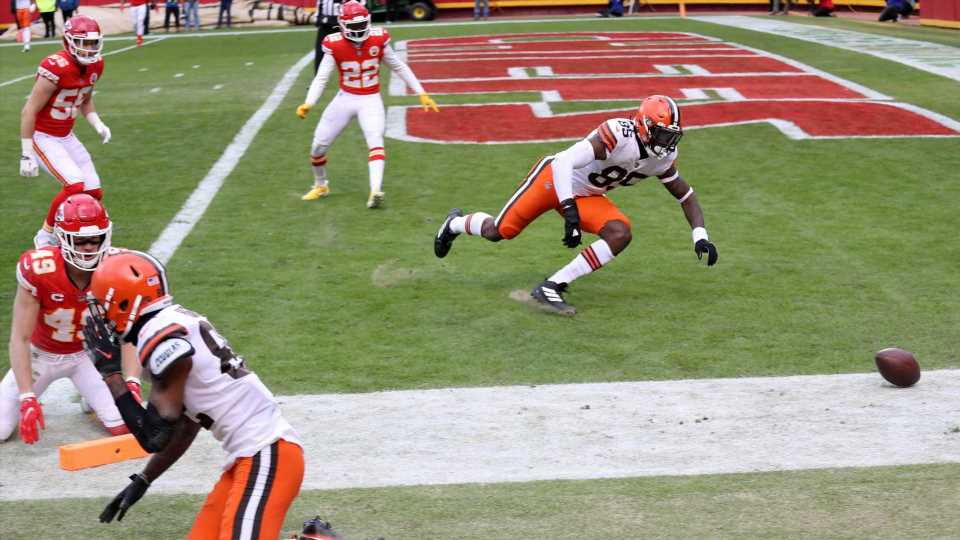 Rashard Higgins’ controversial Browns fumble stirs a debate: What is the worst rule in sports? 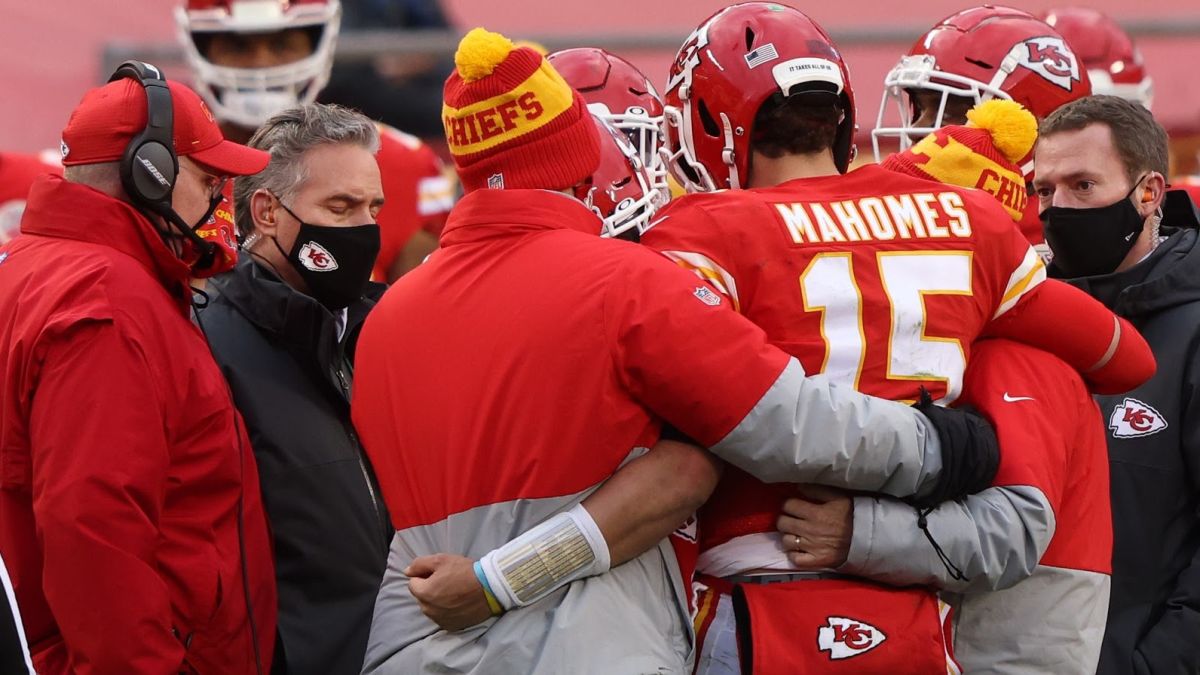 Mahomes ruled out of game with apparent concussion 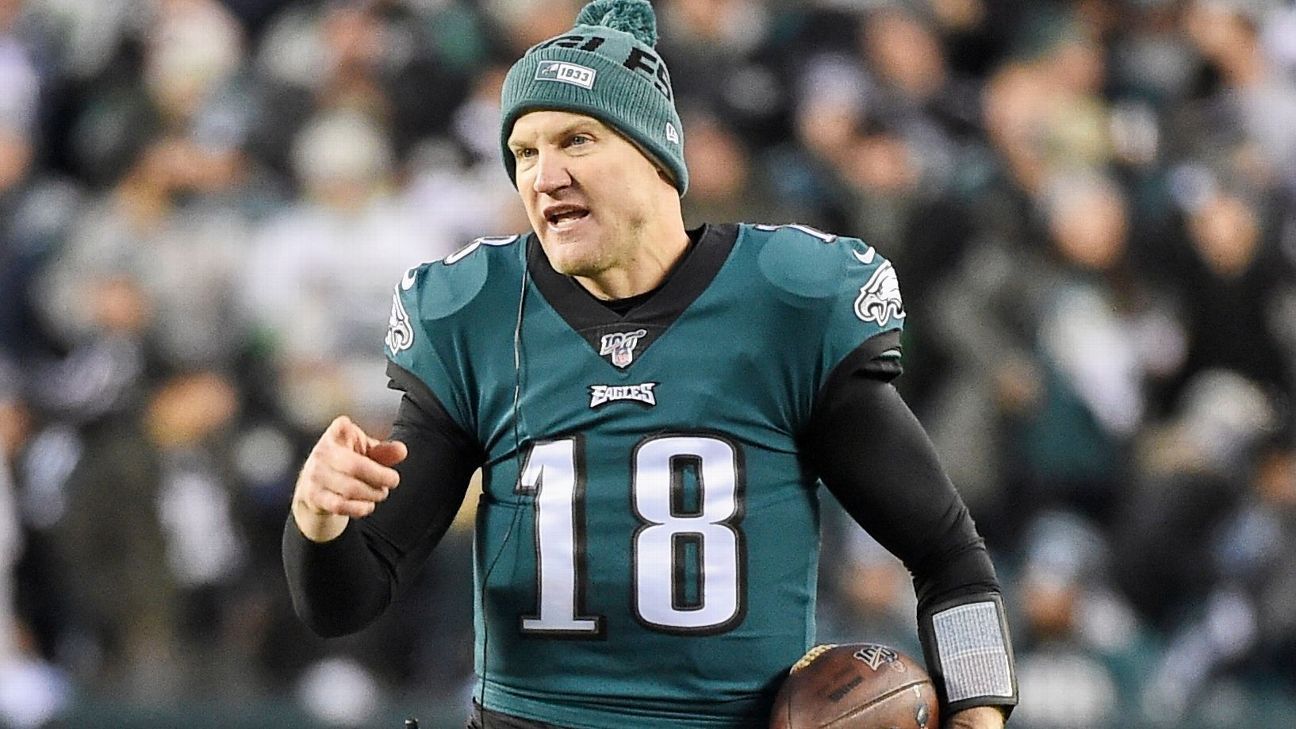 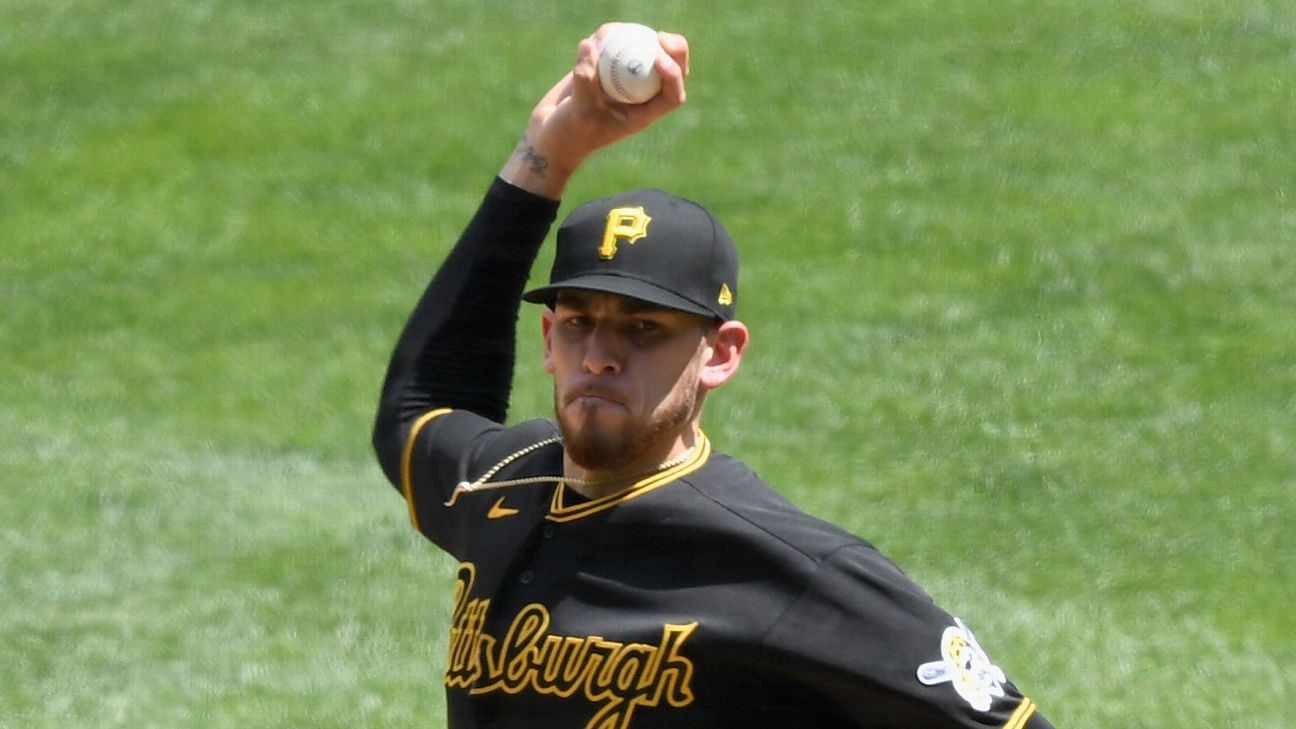