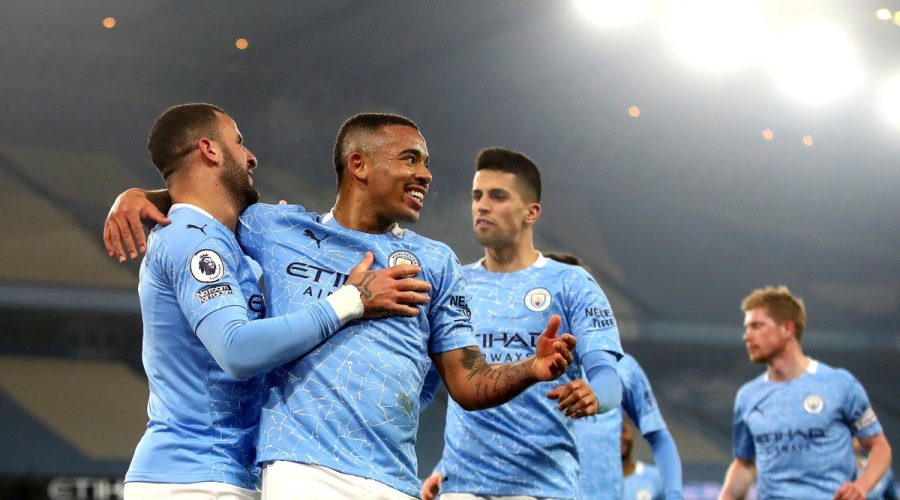 When Manchester United and Manchester City were both going for Robin van Persie in the summer of 2012, Sir Alex Ferguson sought to seal the signature with a personal tour of Old Trafford, but it wasn’t necessary. Merely walking around the stadium was enough for the Dutch striker. City had the title as champions, and had the money to beat any offer, but United had something deeper; an allure that was so enticing for Van Persie. He just wanted to join, as the vernacular of the game has it, one of football’s “great clubs”.

The wonder is whether Erling Haaland or Kylian Mbappe, or any player who was under the age of 14 in 2012, would now feel the same. Van Persie was the influential player in United’s last league title, but the time since has seen the club stagnate, and become completely overtaken by a City that have won three more league titles and so much more. They are surely about to claim yet another in record-breaking manner, while Pep Guardiola’s philosophy gives the club a football identity that has marked the history of the game.

It is thereby a much bigger question than about the next transfer for the next great stars. It is about whether there will ever be a world where City can be “bigger” than United.

That seemingly simplistic debate has important implications for the future of the clubs, and the game itself.

A club’s “size” is really based on three interlinked pillars that businesses take very seriously. They are identity, support and wealth.

Identity of course comes from that notion of “history”, which basically means a club’s lore, and is what develops support outside a locality in the first place. Support then means – to put it crudely – a customer-base, and the kind of commercial potential that really fires football now. It is why so many clubs are now almost “content producers” – with all the social media innovations that phrase implies – as much as football teams. 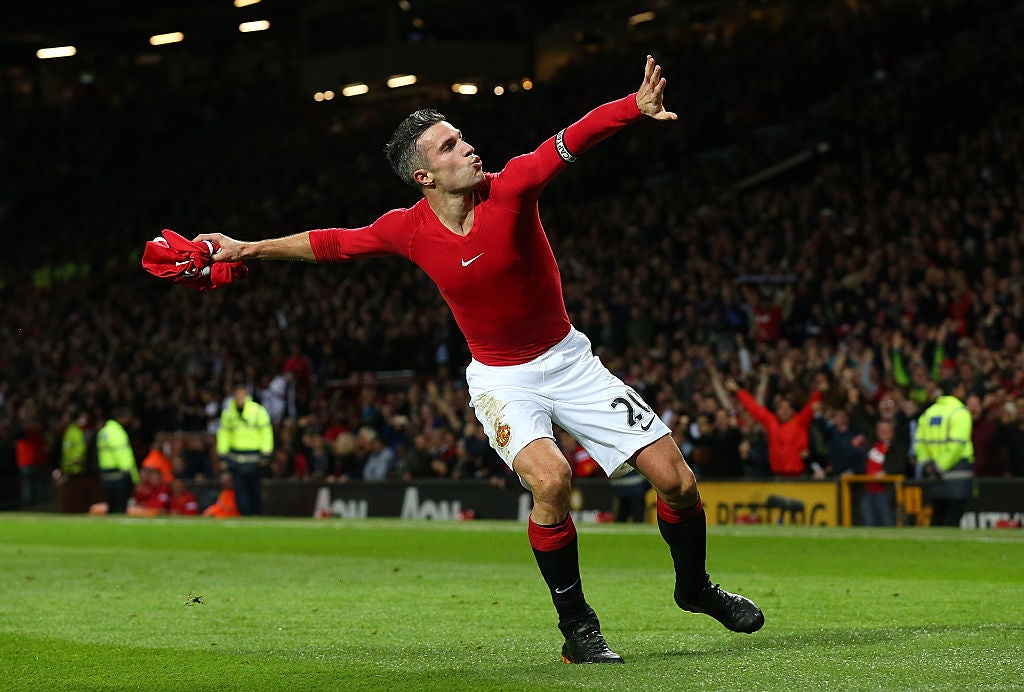 United, like all the “great clubs” from Barcelona to Bayern Munich, have all of this. They also have something more, a crucial element of their identity from off the pitch that elevates them way beyond just being a super-successful club. There’s a gravitas that adds to their sporting greatness.

For Barcelona, it is the political dynamic as a vessel of Catalan identity, that is intertwined with their reputation for youth development through La Masia. There is similar with Bayern and Bavaria. For Real Madrid, it is the sense that they are the establishment in Spain, with all the gold-embossed authority that brings.

For United, the real-life tragedy of the Munich air disaster gave the club an emotional depth, with the nature of that great young team lending a sense of sanctity to their own principles of youth development and adventurous football. That was only enriched by the heroic but poignant recovery. With Liverpool, it is the very Anfield stands that have seen and amplified so much history, reflecting the supporter-city bond that defines the club. It is the nature of tragedies like Hillsborough that it has only strengthened this.

READ MORE: What are Man City? Premier League champions, the greatest team ever and a ‘sportswashing instrument’ of a foreign state

It is why all these clubs are more than just rolling images of great players and teams repeatedly lifting the greatest trophies, multiple leagues and multiple European Cups.

City of course have their own lore, that could be seen in the celebration of a great like Colin Bell, and everything he represented about the 1968 team. It was just that such successes stood out all the more because it came amid so much defeatism. Much of the club’s post-war identity has been based on their idiosyncrasies, and almost revelling in them – “we’re not really here”; “typical City”; Niall Quinn screaming at Steve Lomas not to waste time; a roll-call of greatly-loved players that were anything but great. They got relegated with cult heroes like Georgi Kinkladze and still kept turning up. They were really about much more than results, too, if from the other side of it.

The “legacy” clubs don’t look at their failures in the same way.

This contrast sits a little uneasily with the super-project the club are now.

It is why City still only have some of this.

It instantly gave City the most immediately visible of those pillars: the wealth. That allowed them to buy better and better players, build a better and better infrastructure, and give them the greatest current currency: the ability to attract the finest talent.

This is where Guardiola is so important to the history of the club, and the future. The philosophy of his football is about something greater, and represents a significant part of the game’s most admired ideological lineage, that started by Ajax of the late 1960s. It has produced the most spectacular play, and the shine of so many trophies.

This has far greater significance than current success. It attracts new fans. It is what children today gravitate towards. That is your support base of the future, and makes them as popular with the next generation as clubs like United were with the last one.

Along the same lines, they are making significant gains in “new” audiences like North America. City have been involved in the two most watched matches NBCSN have had. The Manchester derby of April 2015 attracted 1.16m viewers, the recent Liverpool-City match 1.05m.

It is also why there is longer-term strategy to apparently small-time battles like this week’s dispute with Opta over whether a penalty shoot-out constitutes a victory, or how they were ‘fourmidables’ rather than just treble-winners. These moves are about marking out their own space in the game’s collective consciousness, burnishing the club with more records, and historic feats.

There’s also the fact that, with the passing of time, people forget what you used to be. In the same way that current generations just don’t associate United with the impoverished club they often were before the second world war, future generations won’t remember the endearing dysfunction of the old City. It will be like a newspaper clipping from 80 years ago, a curio but just not relevant to the present.

On the other side, the club have done a hugely successful public relations job in suppressing uncomfortable questions about the ownership, and sportswashing. Any comment on these aspects is almost completely drowned out by general football commentary, especially the celebration of victory.

The image is just of gloss.

READ MORE: PSG: Why a state-run club in the Champions League final is a landmark low for football

It is why, yes, City probably can be bigger than United at some point in the future – even if this takes 20-30 years.

Much of this of course overlooks what United can do.

Even without true top-level success over the last few years, they are still one of the world’s super-clubs in terms of commercial success. They’re close to incomparable, especially in England.

That will for a long time be served, and fortified, by just playing in England. You only have to look at how Liverpool maintained an international profile – and huge global support – in their fallow seasons, in the way AC Milan haven’t.

This is because of the spectacularly successful global land grab the Premier League has made, where it is almost a new cultural British empire. While the competition is so powerful, United’s own immense commercial profile will always be amplified.

There is a huge question right now over whether the Old Trafford hierarchy run their club as well as City’s, but these are the kind of issues that huge influxes of money tend to eventually correct. By sheer force of numbers, you will be afforded the opportunity to get it right. You could even make a similar argument there as regards Guardiola and centre-backs.

This is what money really does in football. It’s not that it creates 100 per cent success all the time. It’s that it will always give you the platform to get it right and dominate again.

That will mean that United will almost certainly reclaim the top trophies over the next few years.

It’s also arguable that, to really embellish what they are and deepen that emotional connection for the next generation of supporters, City need two more things. They need the truly global stars, and the profile they offer. They need European Cups, and the prestige they afford.

Guardiola has of course made that one of his missions at City.

Once City win the Champions League, though, there is an argument it will mark the start of a new era in the game.

The question for the future may not be whether City can be a bigger club than United. It may be whether United are one of a few clubs with the resources to compete.

March 5, 2021 Soccer Comments Off on Could Manchester City ever be bigger than Manchester United?
NFL News