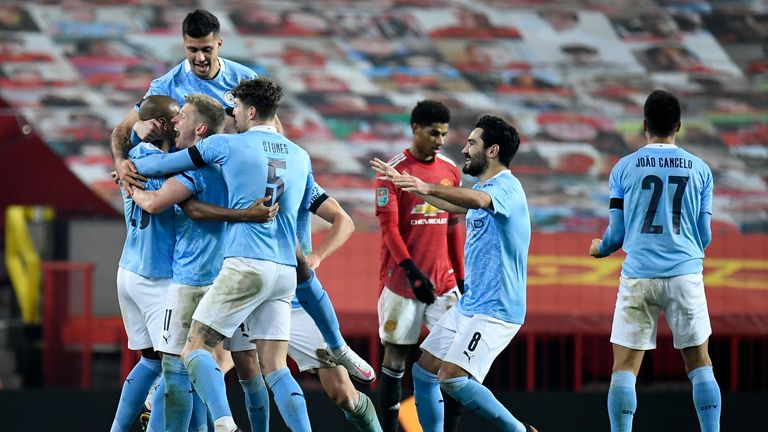 The Professional Footballers’ Association (PFA) has reminded players to embrace a sensible approach to celebrating goals amid the COVID-19 crisis.

Four Premier League games and over 50 games in the English Football League (EFL) have been postponed this season with some FA Cup ties and Women’s Super League (WSL) matches this weekend also either in doubt or called off.

“We’ve sent a message to all our members saying, ‘you have done a great job, you’ve kept the game going and you deserve a lot of credit, but it’s important you keep to the protocols,” PFA chief executive Gordon Taylor told The Times.

“Always abide by what you’re being told by doctors and medical staff with regard to the protocols about keeping your distance and the hygiene that’s required.

“I understand with the celebration of a goal it’s difficult to just put the ball in the back of the net and act as though nothing has happened.

“It’s that adrenaline rush… that’s what the game is all about, but that’s part and parcel of the process, so they’ll be reminded.”

“You could see some ridiculous celebrations, but if they’re safer, I’d prefer to see ridiculous and safe,” Kidney said.

“He understands he’s made a mistake,” Parker said. “It was irresponsible. It’s not acceptable. We’ve dealt with that as a club internally.”

But Taylor said players “are human beings and this happens”, adding that was the reason for the PFA’s reminder on protocols