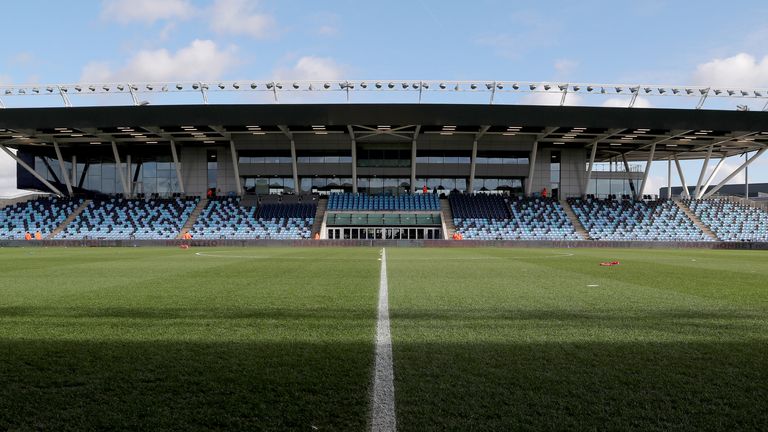 Manchester City Women’s game against West Ham United Women has been postponed due to coronavirus.

The WSL fixture was due to be played on Saturday but the FA has decided to postpone the match following four positive COVID-19 cases and a number of other mitigating factors affecting the City squad.

The unnamed players who have tested positive will also miss the League Cup quarter-final at home to Chelsea on January 13 – with no indication at the moment this will also be called off.

In the meantime, the training areas at the Etihad complex used by the women’s team are also being deep cleaned in compliance with Covid-19 protocols.

It follows six players in City’s men’s side testing positive for the virus with defender Eric Garcia the latest to undergo a period of self-isolation following an outbreak in the men’s squad.

Pep Guardiola’s side saw their Premier League fixture against Everton, scheduled for December 28, postponed hours before the game as a result of the outbreak in the men’s side.

The club announced Kyle Walker and Gabriel Jesus had tested positive for Covid-19 on Christmas Day, with a further four first-team players since confirmed to have been affected, in addition to three members of backroom staff.

A new date for the WSL game against the Hammers will be confirmed in due course.

Arsenal Women have requested for Saturday’s WSL game against Aston Villa to be postponed after one positive Covid-19 test has left several within the camp self-isolating, the Telegraph reports.

It was reported three players visited Dubai during the WSL’s Christmas break, with one unnamed player since testing positive.