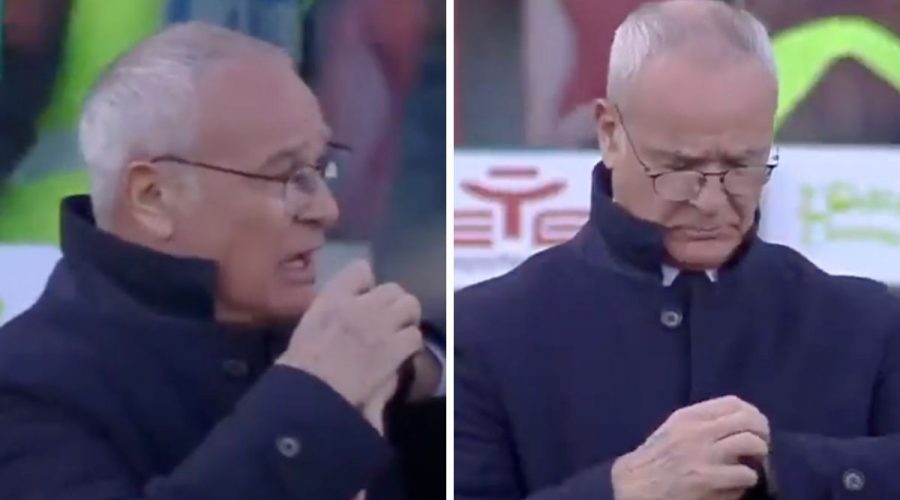 Claudio Ranieri has confirmed why he appeared to be talking directly to his watch throughout his first game back as Cagliari manager. The 71-year-old returned to the club he first coached 31 years ago last month, facing Como in his comeback fixture on Saturday.

Ranieri signed a contract until 2025 to replace Fabio Liverani after his dismissal earlier in December as Cagliari slumped to 14th in Serie B.

And he made an immediate impact, guiding the second-tier outfit to a 2-0 win, propelling them into the qualification play-off places in eighth.

But viewers couldn’t help but notice the Premier League-winning manager regularly looking at his watch intensely and even speaking to it occasionally.

Since the game, Ranieri has addressed the confusion, stating he is getting used to new technology by telling his smartwatch which moments to look back on during his post-match analysis.

He said: “I talk to myself! I have new phones and smartwatches, so I record notes. When I watch the game back, I know which moments to look for.

“Some write things down, some things I prefer to record. That way, I can continue watching the game.”

Ranieri’s return to Cagliari is his first role back in management after Watford sacked him last January.

Since lifting the English top-flight title with Leicester in 2016, he had stints at Nantes, Fulham, AS Roma, and Sampdoria before his tenure at Vicarage Road.

But after lifting Cagliari from Serie C to Serie A between 1988 and 1991, he poured his heart out to the club’s fans after his re-appointment, admitting he always knew he would be back.

“I’m going back to Cagliari. I’ve always known it. I declared it even then, at the time of my departure,” the Italian legend explained.

“Cagliari made me understand that maybe I could make it in my job. I had found all the elements that helped me in those three years – fans, players, managers. We were all one.

“In these days, you have helped me make this decision, which was not easy for various reasons. We are bound by mutual respect and love, many beautiful memories.”

He added: “I’m sure we’ll all find ourselves together pushing the team, all in the same direction because that’s all we want.”

January 18, 2023 Soccer Comments Off on Claudio Ranieri explains reason he talks to his watch during matches
NFL News