After scoring the game’s only goal in the 55th minute, Gray lifted his top to reveal the message ‘For Khun Vichai’ on his undershirt.

Many criticised Probert’s adherence to the law saying the referee should have acknowledged the exceptional circumstances surrounding the match. However, Puel was quick to play down the importance of the incident, insisting Probert was right to abide by the rules. 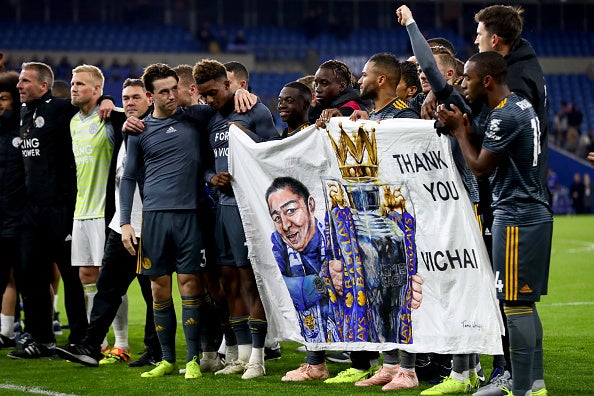 “He knows the rules and it was important for Demi to take this yellow card.

“It was the one time I accepted a yellow card from my player. It was very emotional.”

Gary Lineker took to Twitter to divert attention away from the incident, saying:

“Silly law, always has been but not the day to get worked up about something so insignificant.”

It was an afternoon overwhelmed by emotion after the tragic helicopter crash which killed Srivaddhanaprabha and four others by the King Power Stadium last Saturday. 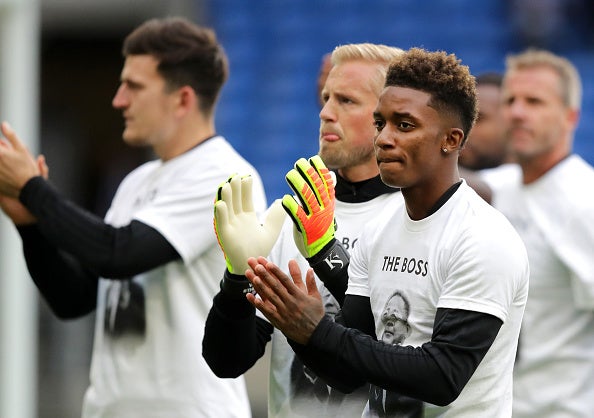 Leicester’s players donned t-shirts with a photo of Srivaddhanaprabha in the warm-up with were also worn by each fan in the away end. Both team’s supporters also raised banners in honour of the late owner.

Kasper Schmeichel was visibly upset during the minute’s silence before kick-off and said he was “shaking” during the warm-up.

“That was a tough game, not just on the pitch but mentally,” Schmeichel said to Match of the Day’s Gary Lineker.

“There are a lot of exhausted people in there now but I am proud of this team and the club. The way everyone has handled themselves has been unbelievable.

“It has been hard. We have tried for a few hours a day to be professional and train hard, but everyone wanted to play and win for his family. His family have been strong, [with] the courage they have had.

“You couldn’t ask for a better chairman. There are few people who come along in this life that have an impact on you. He had that on me and so many people, and the outpouring of grief around the world shows that.

“Everyone grieves in different ways and the opportunity was given [to go the funeral] and we wanted to go. We are a family and wanted to pay our last respects together.” 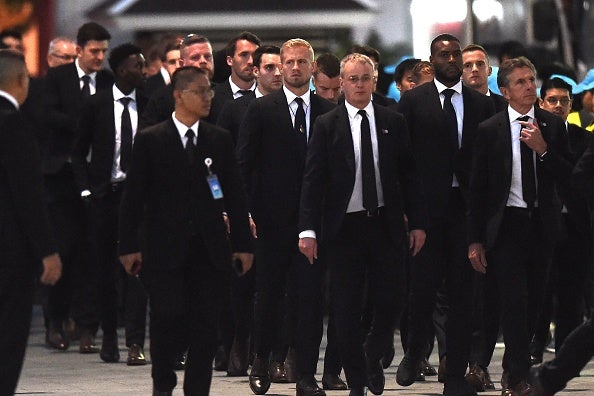 The majority of the Leicester squad boarded a 12-hour flight to Bangkok immediately after the game to attend Srivaddhanaprabha’s funeral in the Thai capital which began on Saturday.

They will return on Tuesday to train for next Saturday’s match against Burnley at the King Power Stadium – their first game at the ground since the owner’s passing.

“We will see how we manage next week because it will be difficult,” Puel said of the fixture.

“We come back in the middle of the week, then we have to prepare for a game [against Burnley] in front of our fans.

“It will be tough but we made our first step today and now we have to manage the next week in the right way.”