To many, the idea of Mesut Ozil wearing the captain’s armband feels alien. In the Premier League, we like our captains to be ranters and ravers, trojans who crunch into challenges, command their team-mates and square up to the opposition.

Yet not every leader operates this way. Roy Keane once revealed Eric Cantona rarely said a word as Manchester United’s captain in the 1990s, yet his quality and presence could lift his side in an instant.

Here, Ozil followed Cantona’s lead, transforming his team and altering the mood by imposing his talent. With his side a goal down, the German assumed responsibility, starting a move that he himself finished to equalise. And, from there, we witnessed a player scaling the highest peaks of his potential. 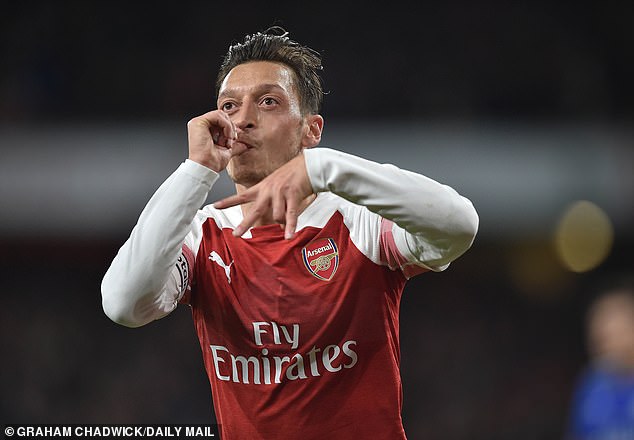 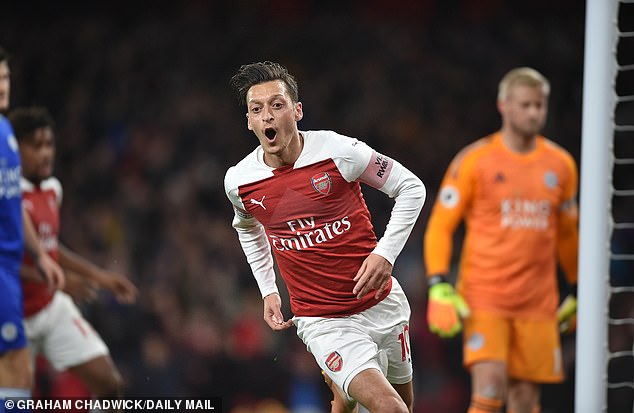 A majestic pass carved open Leicester for Arsenal’s second, gloriously releasing Hector Bellerin, who in turn teed up Pierre-Emerick Aubameyang for a tap-in. Arsenal’s third — as magical a goal as any from the Arsene Wenger era — was the archetypal Ozil construction and the fruit of Unai Emery’s work.

It began with goalkeeper Bernd Leno and in seven passes Arsenal had sliced Leicester open. Ozil was at the centre of it all, with a balletic backheel to begin the flow and a dainty dummy later on, as Alexandre Lacazette and Aubameyang also opened their showreel of flicks before the latter applied the finish.

In truth, Arsenal had been pulled here, there and everywhere by a vibrant Leicester City during a troubling first half. They trailed deservedly and Ozil, captain for the night, appeared to be shrinking just as his side needed his input the most. For 44 minutes, his was a timid display. 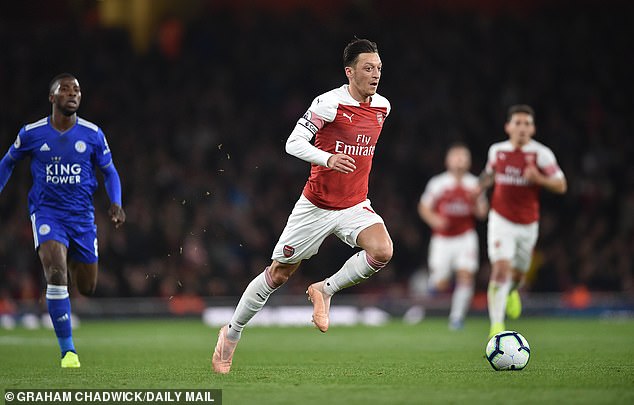 With the absence of Aaron Ramsey, it was Mesut Ozil’s time to shine in the middle of the park 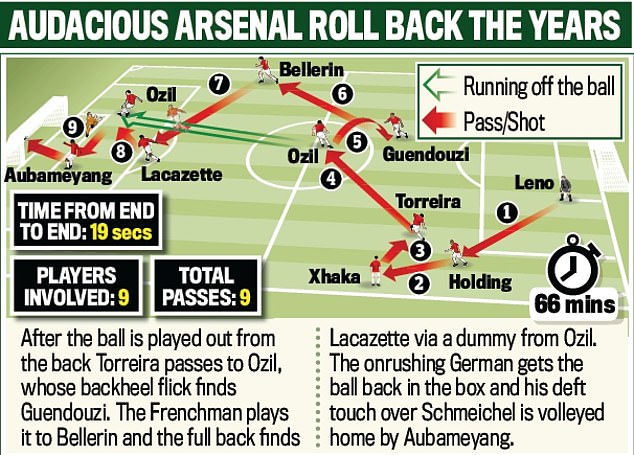 The mind wandered back to the early days of the Emery era, when Ozil was substituted during the defeat at Chelsea.

Before this match, Ozil’s figures were among the least impressive of the Premier League playmakers. He was still to create a goal for a team-mate this season and had set up only nine chances for his peers.

David Silva, Willian and Gylfi Sigurdsson have each made 26 chances in the top flight. And here was Ozil again, failing to shine.

As Arsenal became ragged in the first half, his influence diminished. One pass went straight out of play. He was not the only one. Henrikh Mkhitaryan resembled the player who exasperated Jose Mourinho, lurking in the shadows when his team required inspiration.

But Ozil came to life, stamping his name all over the occasion. 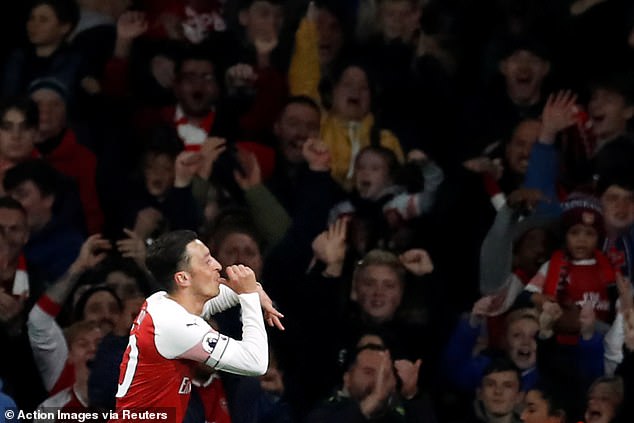 Although Arsenal were under a lot of pressure in the first, they came into it in the second half 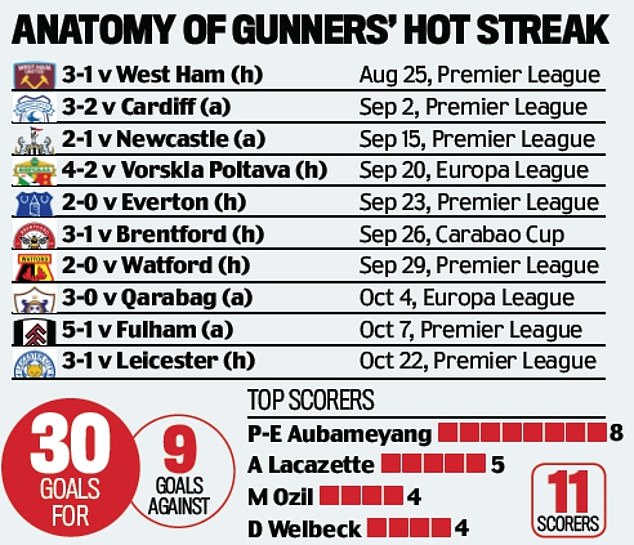 30 – Mesut Ozil is now the highest-scoring German in Premier League history. His strike on Monday night took him above Uwe Rosler and Jurgen Klinsmann (both 29)

‘He can play every match with this commitment,’ said Emery. ‘We need to demand this every match of everyone. We want to enjoy our football — but also enjoy working hard.’

Ozil drifted into space on halfway, escaped Wilfred Ndidi and then came a burst of acceleration.

He touched the ball off to the right, where Bellerin was raiding, and he continued his run, timing his entrance into the penalty area perfectly to receive the return.

Then his skill came to the fore, as he opened up his body and steered the ball beautifully beyond Kasper Schmeichel.

Whether Ozil’s intervention was inspired by the captain’s armband or his ingrained talents, we may never know.

But it is clear he relished the responsibility. His goal imbued both he and his team with fresh confidence.

And that all came to the surface quite mesmerically for Arsenal’s picture-perfect third goal.

October 23, 2018 Soccer Comments Off on Classy Ozil rises to the challenge as Arsenal see off Leicester
NFL News