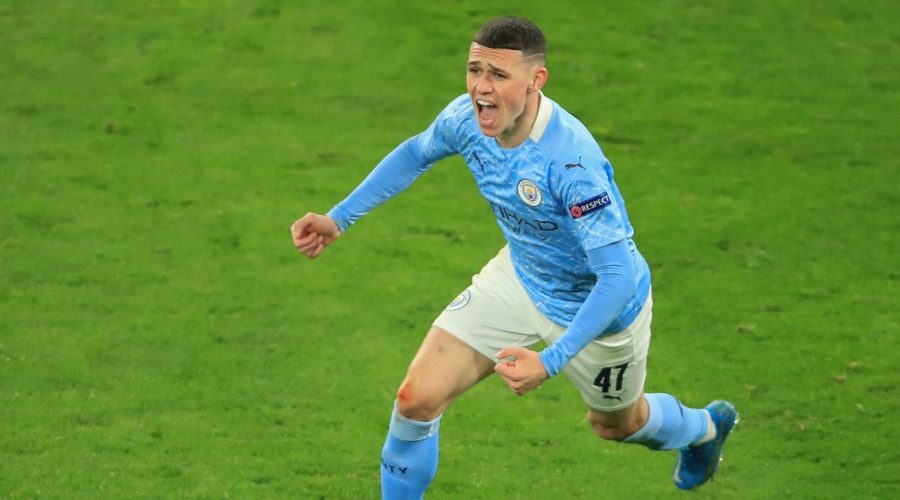 Manchester City are ready to open talks with Phil Foden over a lucrative new contract to reflect his emergence as one of their most important players.

Foden scored the winning goals in both legs of City's Champions League quarter-final wins over Borussia Dortmund, to set up a semi-final showdown with Paris St Germain.

England midfielder Foden, 20, has now scored 13 goals this season and filled the void left by the departure of David Silva last summer, as well as keeping Raheem Sterling out of the City side.

City are understood to be keen to reward Foden's impressive form with a contract extension to replace the last deal he signed in December 2018, which was worth £30,000-a-week.

The new deal, which will see his salary more than treble to £100,000-a-week, is likely to be a two-year extension on his current deal, which runs to 2024 keeping Foden under contract at City until 2026.

City are aware Foden's impressive displays this season have put Europe's elite clubs on alert for him and are ready to react by making sure he has no reason to have his head turned.

With Foden set to play a starring role for England at Euro 2020, City are likely to want to tie him down to a new deal before this summer's tournament gets under way.

In a week when Foden ditched his social media management company for sending a goading Instagram message to PSG star and World Cup winner Kylian Mbappe, Guardiola warned him against believing his own hype.

"Phil is getting a lot of compliments because he's playing really well," said Guardiola.

"But when he believes what he’s done is enough and doesn't show it on the grass, which is what you have to do, he will make a big mistake.

"I prefer to help Phil in that moment and at his age, because he has to learn a lot. He will have very, very difficult moments in his career."