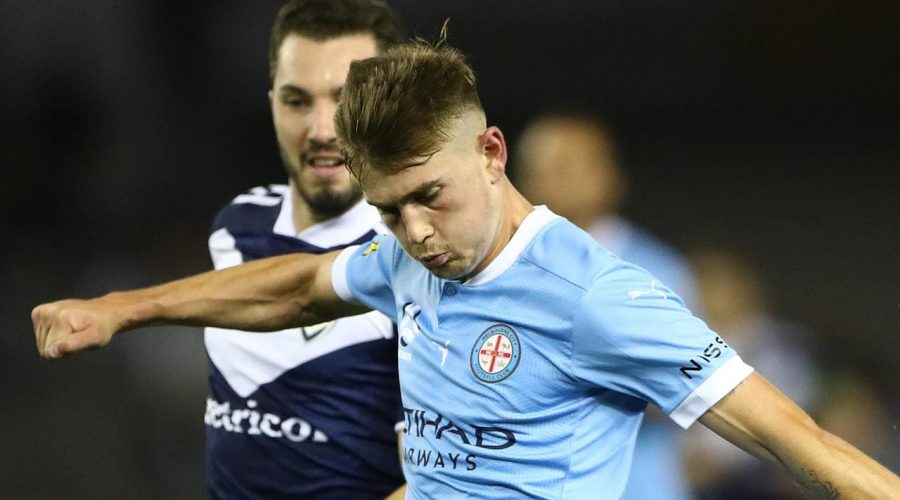 Melbourne City’s Socceroos striker Jamie Maclaren says the derby against Melbourne Victory remains the “biggest game in our calendar” despite the huge gulf that now exists between the two Victorian clubs.

Depending on results this weekend, City could be on top of the ladder with a win over the Victory at AAMI Park on Saturday night.

In contrast, the once powerful Victory are last on the table with just three wins from 15 matches.

The difference in class between the teams was clearly evident last month when City thrashed the Victory 6-0.

However, City are doing their best to play down the significance of that result in their bid to avoid complacency this weekend.

“(It’s) the biggest game in our calendar … it’s a massive game for both clubs,” Maclaren said.

“We all know what happened last time. It was a great confidence boost for us but no game repeats itself.

“We need to turn up on Saturday night with the same mentality and belief we had last time.

“I don’t even think we expected the 6-0 last time. It’s who turns up on the night and who takes their chances, and whoever makes the least amount of mistakes.”

“The scoreline isn’t my focus or the main focus. It’s the process we go about and the way we prepare,” Kisnorbo said.

“The score or where they are on the league table doesn’t mean anything. We’re playing against a good team.

“Obviously it’s a big game because it’s the derby.”

Victory defender Storm Roux promised a better derby showing from his battling side.

“We’ve been working on it this week, looked back at the game and at what we can do better. We’re confident that we will be a lot more competitive.

“We have a whole different game plan against City. They’re a totally different team and play different football.”