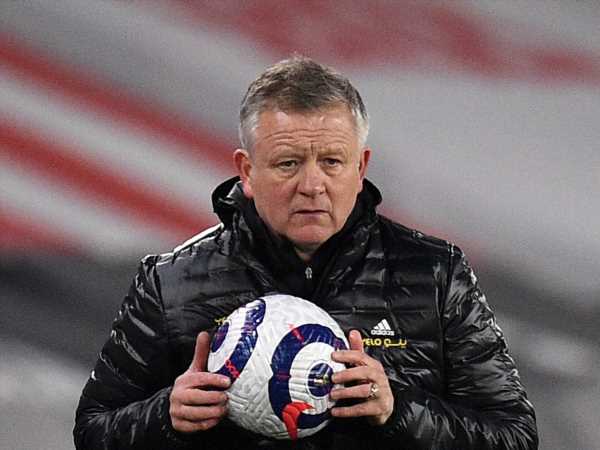 Sheffield United have parted company with Chris Wilder by “mutual consent” after a breakdown in his relationship with the club’s owner.

Wilder, who took charge at Bramall Lane in May 2016, steered the Blades from League One to the Premier League and secured a remarkable ninth-placed finish last season, despite operating with one of the lowest wage bills.

However, United have endured a torrid campaign this season and are all but certain to be relegated to the Championship, with the club 12 points adrift of safety, having won just four games.

“Being manager of Sheffield United has been a special journey and one I’ll never forget,” Wilder said in a statement. “I was delighted to be given the opportunity back in 2016 and have been delighted with the success which we have achieved, including two promotions and a highest ever Premier League finish.

“I’d like to thank everyone who has contributed to the Club’s accomplishments along the way, including the players, staff and, in particular, the supporters.”

Wilder previously expressed his frustration at an absence of signings in January and an increasingly strained relationship with the club’s owner, Abdullah bin Musa’ad bin Abdulaziz Al Saud, led to him agreeing terms on his departure.

Prince Abdullah is believed to have wanted to hire a director of football to oversee the club’s recruitment strategy this summer as they target an immediate return to the top flight.

Wilder last week stated that he did not know if he would still be in charge next season, despite confirming he wanted to remain at Bramall Lane if the board and owners “stick to the plan”.

A club statement read: “We are confident that all Blades fans around the world will join us in thanking Chris for his hard work, commitment and expertise in driving the club.

“Now the club will turn its attention to completing the season as strongly as possible and if we are relegated, to preparing for the Championship.

“We confirm our intention to keep the core of the player group together and will continue to invest further in the academy and the first team, to place us in the best possible position for the future.”