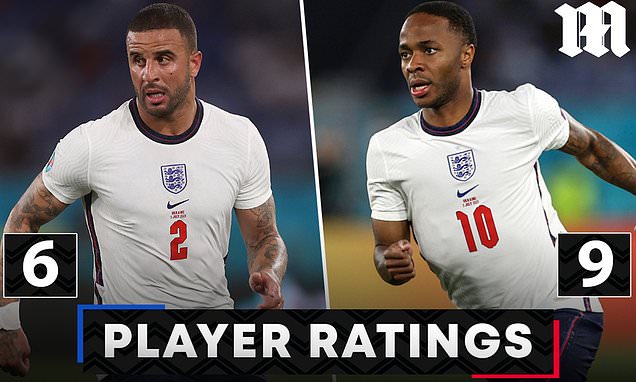 CHRIS SUTTON’S PLAYER RATINGS: Raheem Sterling has been England’s star of Euro 2020 after another stunning display against Ukraine… and Kyle Walker remains England’s best right back despite giving the ball away a few times

England took a step closer to a first major tournament final since 1966 following their 4-0 victory over Ukraine which booked them a place in the semi-final of Euro 2020.

Two goals from Harry Kane while second half contributions from Harry Maguire and Jordan Henderson saw Gareth Southgate’s side run out easy winners at the Stadio Olimpico in Rome. 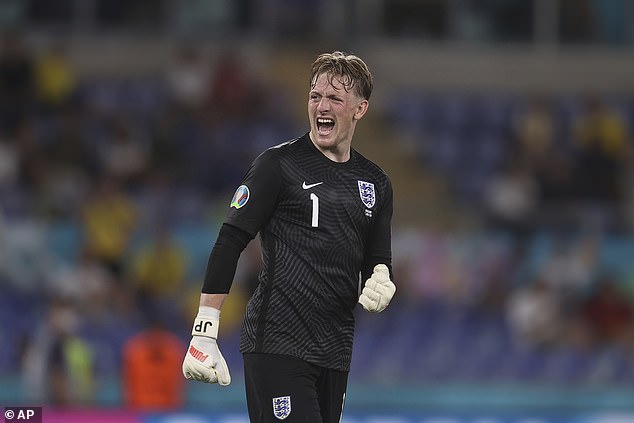 He lost the ball a few times — Pickford barked at him after one misplaced pass let in Ukraine’s Roman Yaremchuk — but Walker remains England’s best right back.

While different players have been used around him, he’s been a mainstay in a defence that has yet to concede. Ukraine didn’t pose him too many problems.

A superb header to score. So commanding. He’s now got a chance at redemption after a red card in the 1-0 loss to Denmark at Wembley last October. 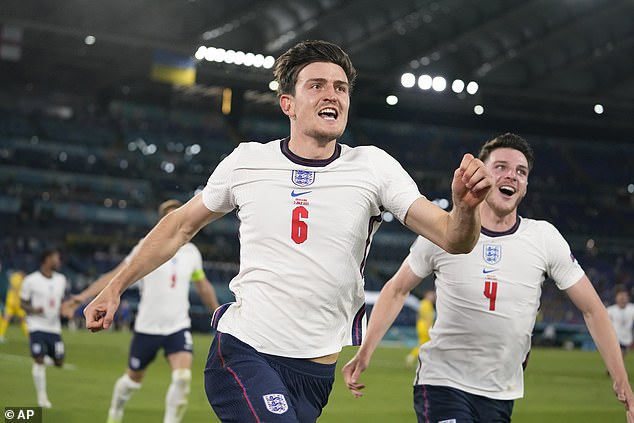 Excellent again. Enough of this, ‘Are you watching, Jose Mourinho?’ malarkey. Let’s focus on the managers making him better, Gareth Southgate and Ole Gunnar Solskjaer.

As energetic as ever. He’d played every minute of this tournament, so it was smart to remove him in the second half. Rest up for that semi-final!

Like Phillips, Rice was substituted early with Wednesday in mind. England’s defence can feel safe with this midfielder on patrol, and he’s efficient in possession, too.

He got his chance and, after growing into the game, he showed Manchester United’s supporters what awaits them. Brings pace and pizzazz to the right wing. 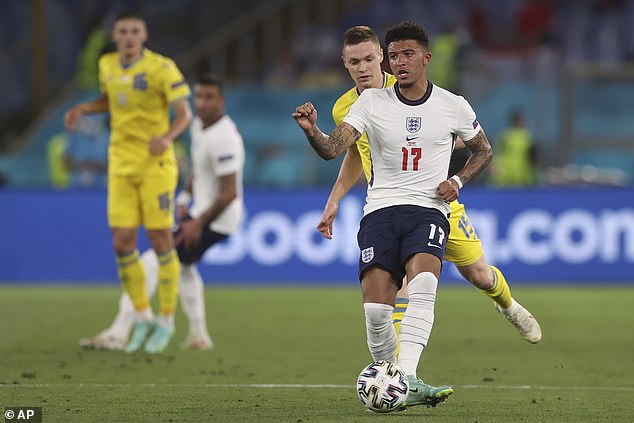 Back in the team after his Covid-related absence and he swung in the corner for Jordan Henderson to head home England’s fourth. Another tireless shift.

His running frightens opponents. This performance only reinforced his status as England’s star of Euro 2020. His assist for Kane’s early opener was beautifully timed.

We hoped his goal against Germany would kickstart a run and it did! Anyone who said he should be dropped — this is why he wasn’t. Kane’s flying. 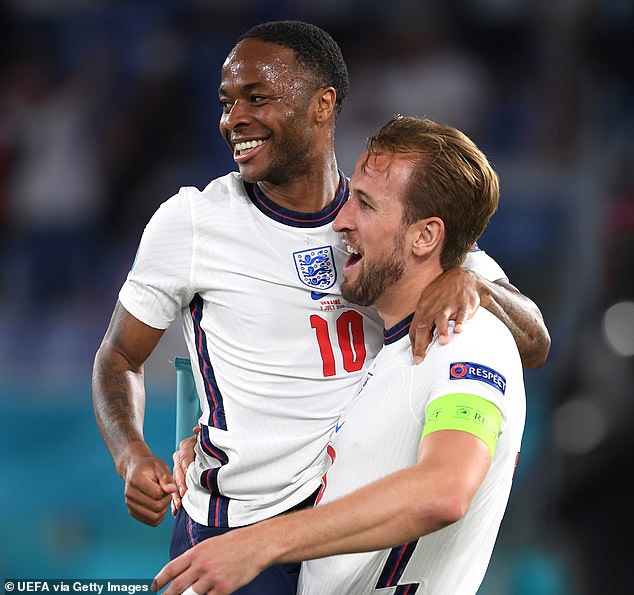