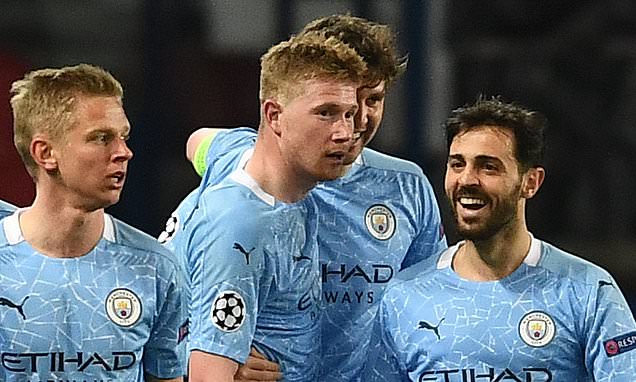 CHRIS SUTTON: Manchester City got what they deserved but made the most of two slices of luck to turn things around in Paris… maybe this is their year to lift the Champions League

Maybe, just maybe, this is the year that light blue ribbons will be tied to the Champions League trophy. City’s players will be sensing it is their time after those two slices of luck in Paris.

Kevin De Bruyne’s equaliser was a fluke, a cross which found the far corner. Riyad Mahrez’s free-kick winner somehow squirmed between Leandro Paredes and Presnel Kimpembe in the PSG wall. 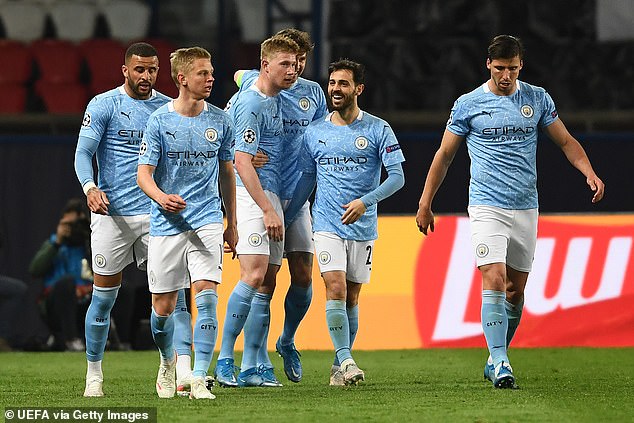 Now the job is half done. What will concern Guardiola is how the first half played out.

City have conceded the fewest goals from set-pieces in the Premier League this season. And yet, they were making PSG seem like a team of giants from corners.

After all of those hours of making specific plans to stop Neymar and Kylian Mbappe from scoring, for City to succumb to a set-piece will particularly infuriate Guardiola.

It was so easy for Marquinhos to head home. City were part zonal marking, part man to man as Angel Di Maria took his corner. 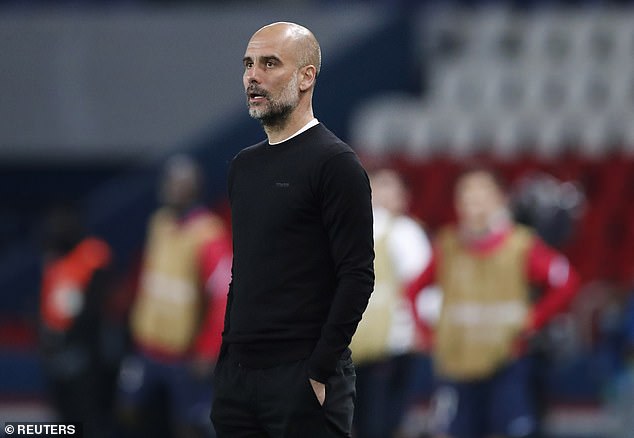 Rodri was central of the six-yard box and his job was to go wherever the ball goes because it’s his to head clear – but he was too slow in doing that. Ilkay Gundogan’s job was to block Marquinhos from making the exact run he made – but it was a half-hearted attempt to say the least.

Because of that, PSG had a lead from nothing, and the hosts could have scored more times from corners, too.

Thankfully for Guardiola, his City players came out for the second half, pushed up, imposed themselves on their opponents and turned this tie on its head.

April 28, 2021 Soccer Comments Off on CHRIS SUTTON: Man City made the most of two slices of luck in Paris
NFL News