Manchester United defender Chris Smalling appeared to be celebrating ‘bring your family to work day’ on Friday as he turned up at Carrington with wife Sam and their beloved dog Miley.

The pooch has been a regular feature on both Chris and Sam’s Instagram accounts but his close companion Ruben, their much-larger Hungarian Vizsla, was nowhere to be seen.

He seemed to be the only one carrying guests as the Manchester United squad arrived for Friday’s training session, the last before they travel down south to face Bournemouth in Saturday’s Premier League clash. 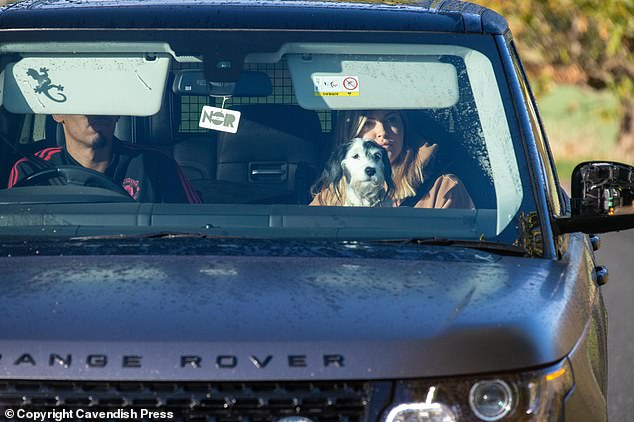 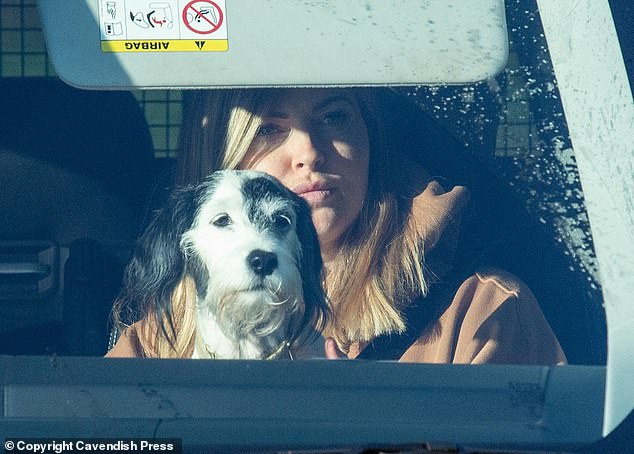 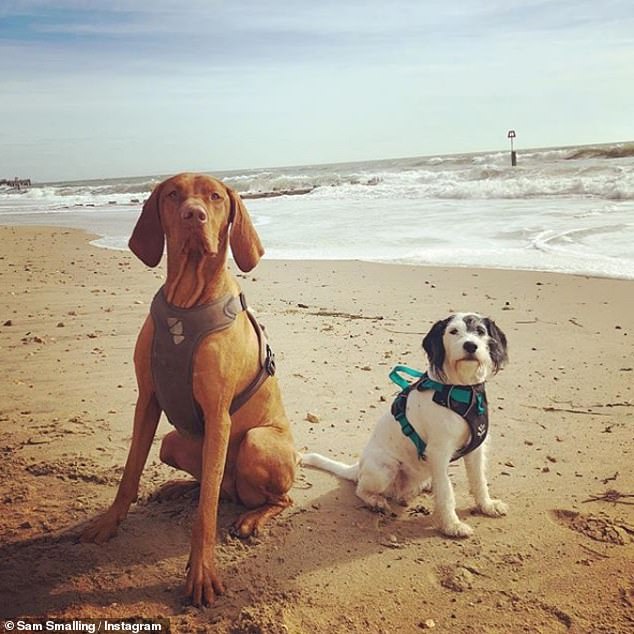 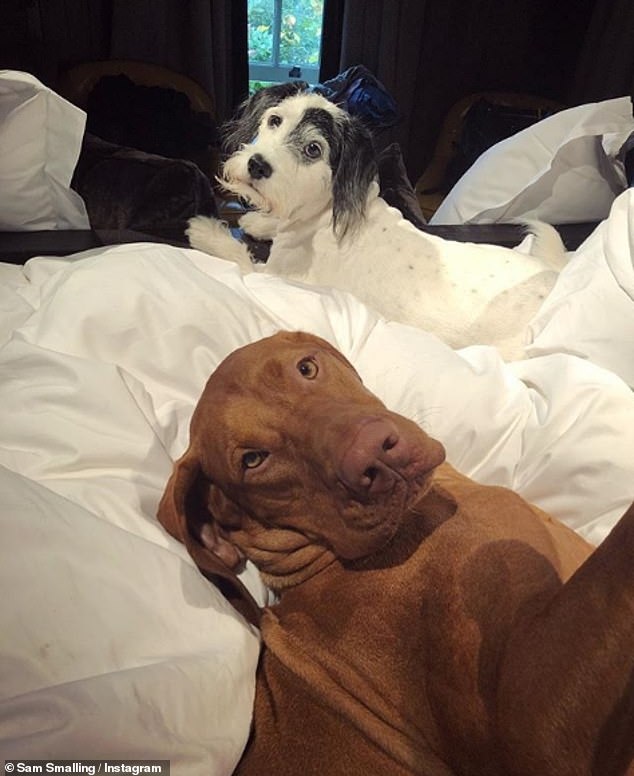 Although the Manchester United squad may appreciate the novelty of having little Miley around, Jose Mourinho will be demanding full concentration ahead of the match against Eddie Howe’s men.

The Cherries have had an impressive start to the season and sit in sixth place with 20 points. That is a full two places and three points ahead of Manchester United, who in comparison have had a very bad campaign thus far.

‘When you are outside the top four you shouldn’t speak about the title race,’ Mourinho said. ‘When you are top four, which I believe we are going to be, then you can look up and see the distance.

‘You can look at the situation. At the moment injuries, suspensions, form… we’re outside the top four so the point now is to get the points we need and get there by the end of December like I expect to be.

‘We’ll be in a better position. By the end of December, the end of the first half, we are not going to be in the position we are now.’ 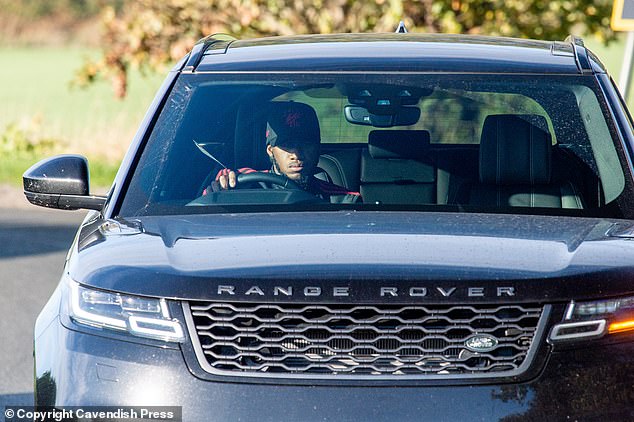 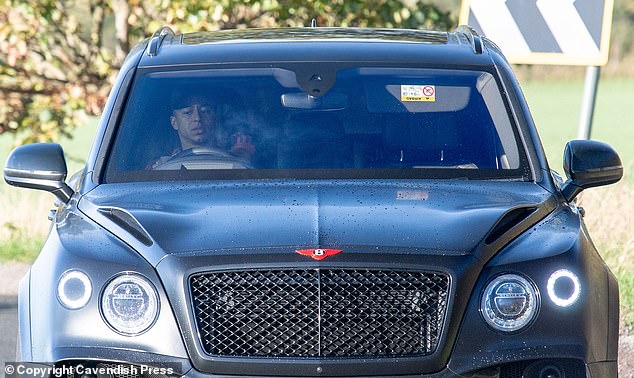 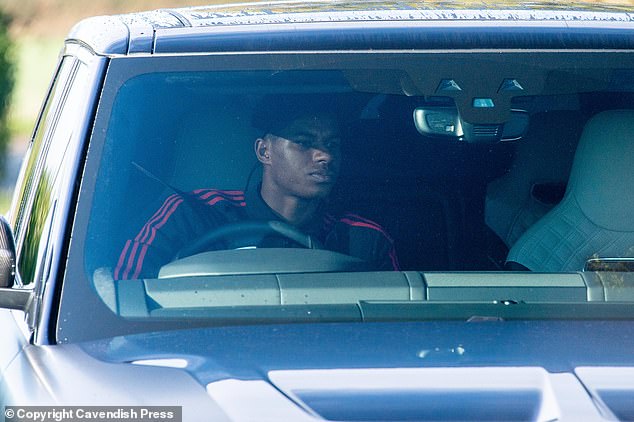 Lingard’s close friend, Rashford, chose to drive himself rather than carpool on Friday morning

One player who will be determined to prove himself at the Vitality Stadium is Romelu Lukaku, who cut a moody figure as he drove into Carrington on Friday morning.

The Belgian has been out of sorts this season and started on the bench in the 2-1 win over Everton last Saturday. However, he is set to be recalled by Mourinho after Marcus Rashford failed to take his chance to impress.

United’s trip to the South Coast begins a run of three consecutive away games with a trip to Juventus and the Manchester derby following soon after.

‘I always say that in the end of the season you play 19 matches at home and 19 away and it doesn’t matter when, but the reality is that the way the fixtures are coming sometimes they have an influence in the moment,’ Mourinho added.

‘We had a double fixture away, Burnley and Watford – now we have Bournemouth and Man City. We have Juventus before City.

‘We have Valencia away before Liverpool. In this part of the season we play away against the three biggest candidates for the title so the calendar was not nice to us. In this moment we have to focus on ourselves and to get better results.’ 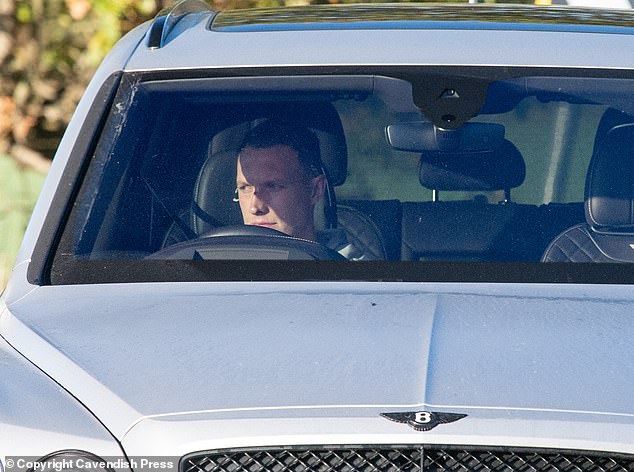 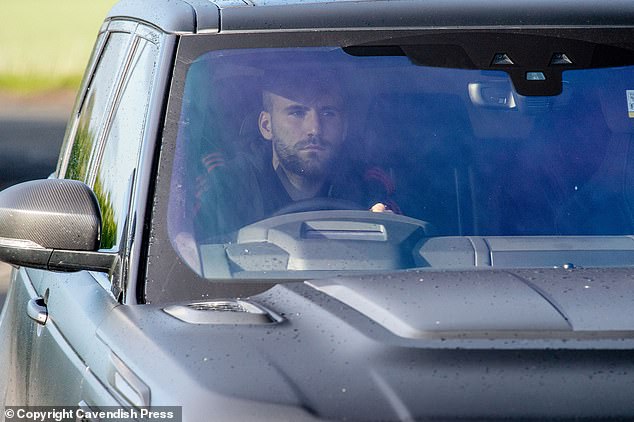 November 2, 2018 Soccer Comments Off on Chris Smalling brings his dog to work as Man Utd arrive at training
NFL News