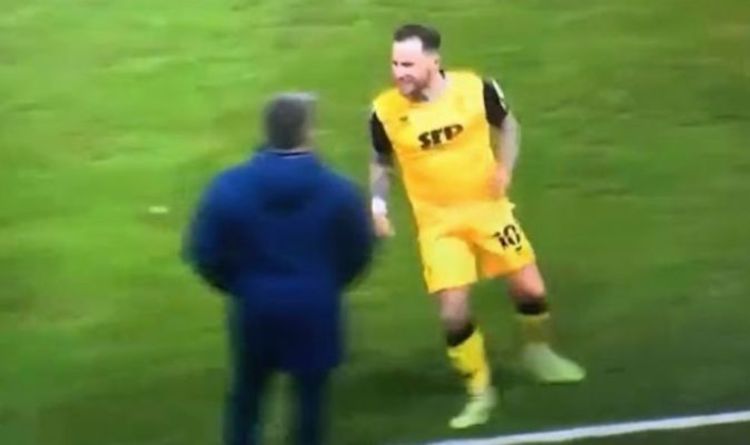 Lincoln City star Chris Maguire has caused a stir in League One after celebrating a goal against his former club Sunderland by gleefully cheering in the face of ex-boss Lee Johnson – in a move that fans have called an ‘ultimate s***housery’.

The Glasgow-born winger, who made 125 appearances for the Mackems from June 2018 to July 2021, was ousted from the club under the supervision of Johnson despite being a regular in the League One side.

The winger was fit from March of last season after picking up an injury, but didn’t start a game from December onwards as his career slowly grew to a halt.

He played just 85 minutes of game time in the final 11 games of the League One season under Johnson before joining Lincoln in the summer.

And after scoring a superb goal to open the scoring against his former side at the Stadium of Light, Maguire ran up to the dugout of his former side – and celebrated in Johnson’s face in a defiant act of what fans have dubbed ‘s***housery’.