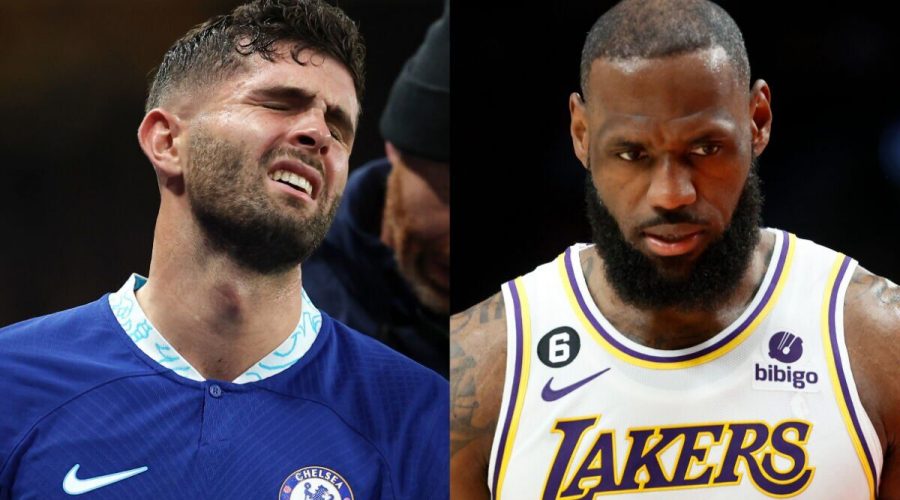 Chelsea winger Christian Pulisic is falling down the pecking order by the week at Stamford Bridge, and it now may be the time for the winger to seek a new challenge. The forward has made 16 Premier League appearances for the Blues so far this season but started just six matches.

Since the arrival of Todd Boehly last year, Chelsea have spent significantly to rebuild their squad – with plenty of those funds recently being invested in their strike force. Raheem Sterling and Pierre-Emerick Aubameyang arrived over the summer, whilst four other attackers have signed this month.

With enormous transfer fees being handed out, such as £88million for Mykhaylo Mudryk, the new signings are set to be some of the first names on the team sheet under Graham Potter. And it could leave already-out of favour stars like Pulisic wondering whether now is a good time to part ways with the Blues.

The United States international, once dubbed the ‘LeBron James of soccer’ in the tv show Pawn Shop, has struggled to set the Premier League alight since his arrival from Borussia Dortmund in 2019 in a deal worth £58m.

Aged 24, Pulisic certainly has enough time to get his career back on track and meet his potential. Though it is unlikely that he will have the opportunity to do so at Chelsea, especially with further arrivals on the way.

Several European sides have reportedly shown an interest in the forward, with AC Milan looking to pounce upon Chelsea’s growing squad. A switch to the Serie A could be a good chance for Pulisic to gain some momentum and prove that he is capable of competing at the very top level – and with Rafael Leao’s future uncertain, he could slot straight into the starting eleven at the San Siro next season.

However, there is every chance that Pulisic feels that he has unfinished business in the Premier League and that injuries have hampered his chances in England. Manchester United and Tottenham have previously shown an interest in the United States national hero, though they appear to have moved on and signed other targets.

Newcastle and Aston Villa may therefore be more suitable destinations for the forward, knowing that he has the potential to become a fan’s favourite at those clubs. Both sides have aspirations of breaking into the ‘Big Six’ regularly over the coming seasons and have the financial capability of paying a fair transfer fee for Pulisic and meeting his wage demands.