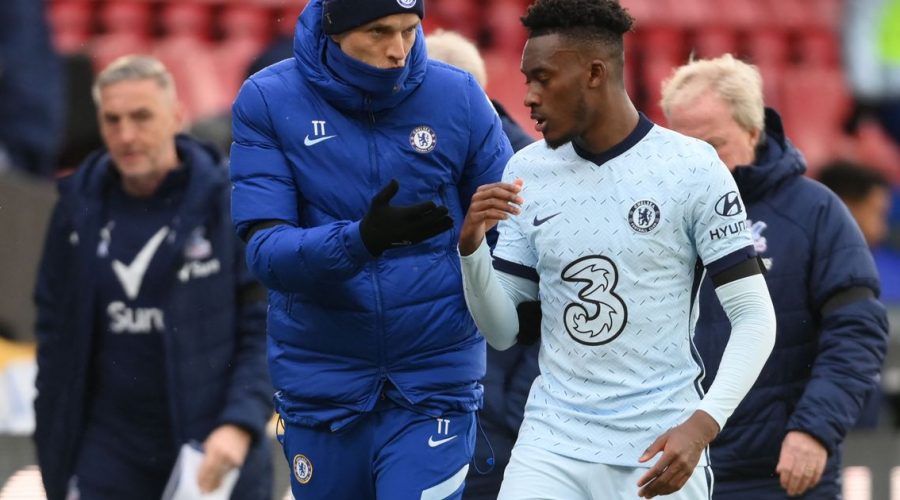 Chelsea boss Thomas Tuchel is set to go trigger-happy in the upcoming summer transfer window in order to bolster his squad.

The new boss has enjoyed success with his current crop of players, having seen them through to the final four of the Champions League and FA Cup.

But regardless, moves for the likes of Erling Haaland and Sergio Aguero have been mooted ahead of a second straight year of big-spending.

Tuchel is also set to offload players in order to trim his squad and keep everyone happy next season.

German attacker Kai Havertz has shone since Tuchel's arrival, having reinvented himself in the false nine position.

Havertz, who cost an initial £72million last summer, played as a central attacker at times for Bayer Leverkusen, is starting to show why the Blues forked out so much money for him after a disappointing start to the campaign.

At just 21 years of age, Havertz is already an elite world-class talent who needs to be carefully developed, and Tuchel will need to be wary that any new signings don't disrupt those plans.

Mason Mount has proved himself to be Chelsea's Mr Reliable this season after shining for Frank Lampard in back-to-back campaigns both at Derby and Stamford Bridge.

The youngster has been ever-present and his versatility makes him a key option throughout the pitch.

He can play as either a central midfielder or an inside forward, and has proved his worth to Tuchel in the new manager's opening few months in charge.

Chelsea new boy Timo Werner's case is a curious one, as he's struggled to fit in at Stamford Bridge since his £53m move from RB Leipzig.

His talent is there for all to see, but it seems the Premier League doesn't fit his style of play – which requires him to play off the last defender in a high line and use his speed to attack space.

But the 25-year-old could turn things around at Chelsea if he just manages to regain a little bit of confidence, and is still a valuable asset long-term.

While Thiago Silva may not be at Chelsea for the long-term – in a playing sense, at least – he's still one of Tuchel's most important players for next season.

The experienced centre-back is an integral cog in the defence at Stamford Bridge, especially if young Malang Sarr is to return alongside him in a three-man defence.

Silva has experience playing at the top level of world football and is clearly a positive impact both on and off the pitch. With a new contract in the pipeline, Silva needs to remain a key player for Chelsea.

Callum Hudson-Odoi has been reborn since Tuchel took over from Frank Lampard.

The youngster has been played in a right wing-back position under the new boss, and has provided an attacking option from out wide.

The English prospect has been one of the most improved players of the season, and Tuchel needs to continue to give him support and significant game time.

If he continues to play and develop, Hudson-Odoi could well be a key figure for Chelsea for many, many years to come.

Tuchel has tinkered around with his wide man and attackers, but one position he needs to keep some stability in is the middle of midfield.

N'Golo Kante had a rough start to Tuchel's tune at Chelsea, but was notably absent in the German boss' first defeat in the job against West Brom.

Kante is under contract until 2023, and the 30-year-old is showing no signs of slowing down.

April 17, 2021 Soccer Comments Off on Chelsea’s core of six players for Thomas Tuchel to build around next season
NFL News