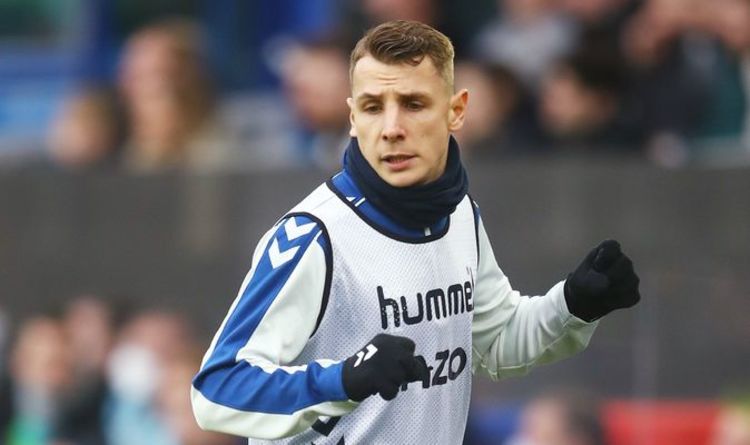 Chelsea are hesistating over a potential move for Everton left-back Lucas Digne – despite Thomas Tuchel publicly bemoaning the Blues’ lack of wing-backs.

Digne is available to leave the Toffees after falling out with Everton chief Rafa Benitez.

A host of clubs have reportedly registered an interest in the Frenchman, including Newcastle.

Chelsea have also been linked with a move for Digne after Ben Chilwell suffered a season-ending ACL injury late last year. Reece James is also currently sidelined, leaving the Londoners short on wing-backs.

Tuchel was even forced to tweak his tactics for Wednesday night’s Carabao Cup semi-final win over Tottenham, starting with a flat back four due to a lack of options.

The German boss had hinted a couple of weeks ago that the club were down to the bare bones defensively.

“We can try to find players who are ready to play. We have no more wing-backs, we have everybody injured,” Tuchel said after the 1-1 draw with Brighton at the end of December.

“I will always protect my players. I want to digest this and not talk about the next game.”

But despite Tuchel going public with his concerns, the Blues are dragging their feet when it comes to bringing in defensive reinforcements this month.

Respected transfer journalist Fabrizio Romano has revealed that Chelsea are still ‘waiting to decide’ on whether or not to pursue a left-back this month.

Although it remains to be seen if Chelsea will make a move for Digne this month, it’s beginning to look inevitable that he’ll be moving on from Goodison Park after Benitez revealed the defender has asked to leave the club.

“I have had a couple of conversations with him, he told me what he thought,” revealed Benitez ahead of Everton’s FA Cup third-round tie at Hull City.

“What do you expect a manager to do when a player tells a manager he doesn’t want to be here?

“I think he was very clear. I want to ask a question to any fan or former player, what [former Everton player] Peter Reid will say if a player doesn’t want to be here? He told me what he thought, so what do you expect the manager to do?

“I have no explanation. We are professionals, we are paid big money to do our job. In modern football, maybe the priorities have changed and people think about themselves ahead of the team.”