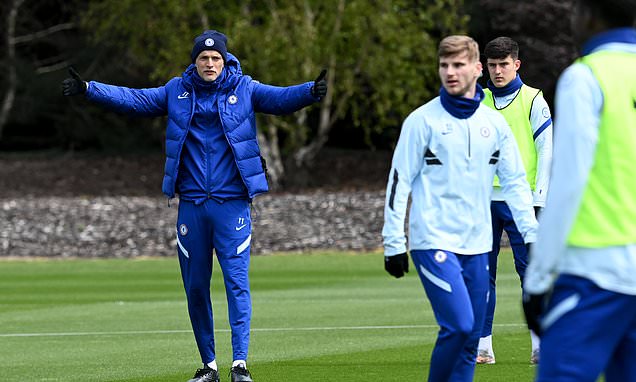 Chelsea vs Fulham LIVE: Thomas Tuchel’s men bid to strengthen their grip on the top four against Scott Parker’s struggling side as they eye an upset at Stamford Bridge to boost their survival hopes

Chelsea have a golden opportunity to cement their place in the top four with a win over struggling Fulham on Saturday – but Scott Parker’s side will be doing everything possible to pull off an upset.

The Blues will be wary of pressure from Liverpool, Tottenham and West Ham who are battling them for a spot in the Champions League next season – with the Hammers just three points behind and waiting for them to slip up.

Thomas Tuchel’s men are looking to finish the season strongly with a possible place in the Champions League final to come, and the German boss will not be underestimating Fulham as they cling on to Premier League survival.

The Whites remain seven points adrift of safety and time is running out for them to haul themselves clear of danger. Kick off at Stamford Bridge is at 17:30 BST.

Follow Sportsmail’s blog for live EPL coverage of Chelsea vs Fulham, including scoreline, lineups and build-up.

…and welcome to Sportsmail’s coverage of the west London derby between Chelsea and Fulham at Stamford Bridge.

Thomas Tuchel’s side will want the three points to keep West Ham and Liverpool at bay in the race for the top four, while Fulham are in dire straits and need a win to give themselves any real chance of survival.

However, they haven’t won in the blue half of SW6 since 1979. Can they break that hoodoo today? Team news coming up. 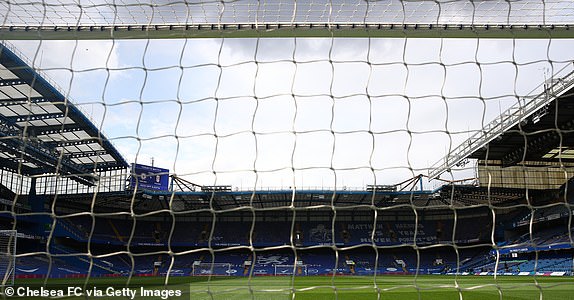