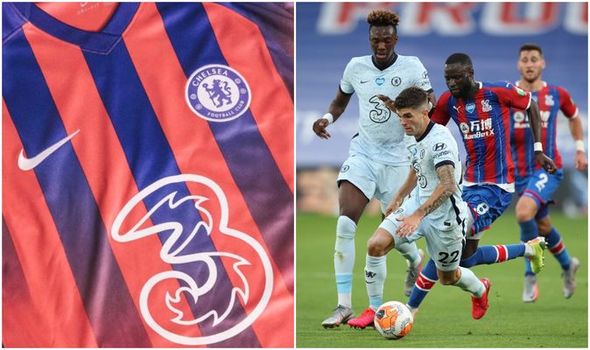 Crystal Palace have trolled Chelsea over the release of their new third kit – which dons the same colours and a similar style to the Eagles’ trademark home strips.

Chelsea confirmed their new jersey for the 2020-21 campaign on Monday morning, having already released their marine blue and light blue home and away shirts.

A press release for the Blues’ new Nike third kit read: “The Blues’ new design is heavily influenced by the much-loved original Air Max 180, a shoe which was first released in 1991 and also shares the inspirations of the Chelsea kits of the era.

“The colours shine through in a third kit which takes all those influences and creates a sharp, modern football kit.”

The two main colours of the kit are described as ember glow and ultramarine blue, with the blue stripes fading away towards the bottom of the shirt and blending into the red, which is actually closer to pink than the colours used by Palace. 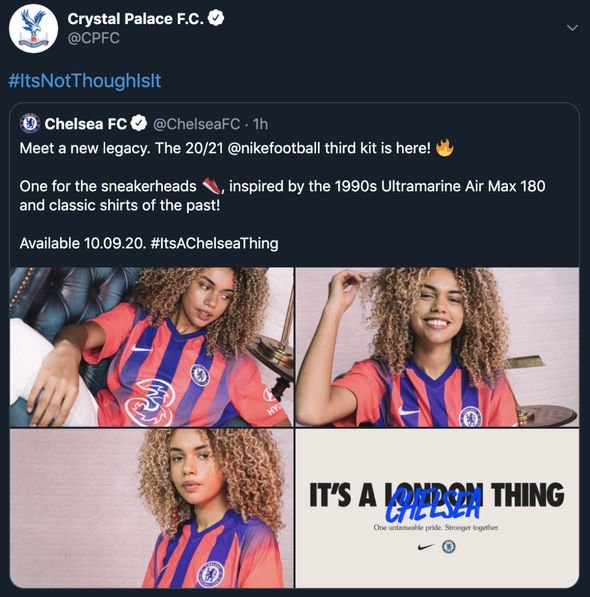 But Nike’s slogan to go along with the kit, which Chelsea tweeted in hashtag form, reads: “It’s a Chelsea thing.”

And their London rivals Palace, who have long since worn a similarly coloured and styled top, weren’t pleased by that claim.

Responding to Chelsea’s advertisement for their new kit and to their #ItsAChelseaThing hashtag, Palace responded simply: “#ItsNotThoughIsIt.”

And the bulk of Chelsea fans in the replies to the club’s official reveal on Twitter were also not happy with their new design. 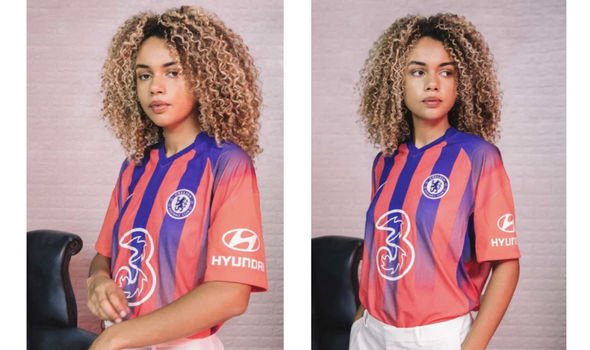 “How can you buy Werner, Ziyech, Havertz and allow them to play in this. This is disappointing,” said one.

A second said: “It isn’t a Chelsea thing though is it, it’s a Crystal Palace thing.”

While another replied: “It’s a no from me. The description on why you picked this kit is a shambles. The thing that’s annoyed me the most other than it being terrible is you’ve put #ItsAChelseaThing.”

A third went as far to say: “Fire whoever designed this. Worst kit in the history of chelsea football club.”

“Why did you give Palace our kits to print on a dodgy printer?” another said.

While a fifth responded: “This is dreadful. I dont want to support crystal palace ffs.”

“SINCE WHEN DID WE START WEARING RED ???? AREN’T WE THE BLUES ? THIS IS SO DISGUSTING,” one more replied.

Given it is only their third kit, Chelsea will only give the shirt a few outings – and certainly not away at Palace.

But they will have a host of new names this season to wear the jersey, not least new boy Kai Havertz, signed from Bayer Leverkusen last week in a deal worth up to £71million.

He said after the ink dried on a five-year contract: “I think it is very exciting because Chelsea has very young players and I know some of the players like Timo [Werner] and Toni [Rudiger]. 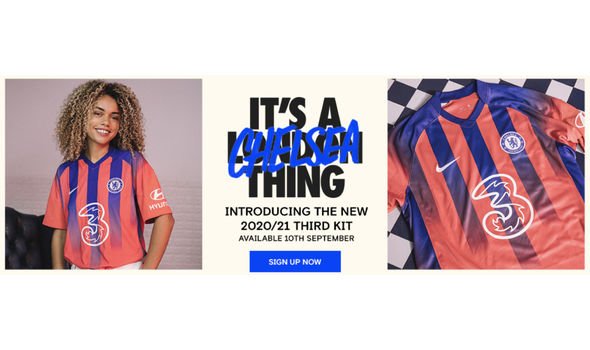 “I have played with them in the national team and they are good friends of mine and so I think this is very good for me.

“Also that Chelsea have very young players and English players and that is very nice and a big project. Hopefully we can have many successes.

“I want to achieve as much as possible, I try to do my best and of course it is a very big step.

“For me it is a new country, a new culture and it is difficult maybe in the first two or three weeks, but then I think I just want to play football and have fun with the boys.