Chelsea have not been short of signings this summer and Frank Lampard is set to continue spending cash. The club’s Premier League campaign gets underway at Brighton on Monday night but the Blues could have another new addition by the time the contest gets underway. Express Sport brings you the latest from west London.

The signing of Rennes goalkeeper Edouard Mendy is believed to be almost done.

That’s according to The Athletic’s Adam Leventhal, who tweeted: ‘Told deal for keeper Edouard Mendy to move to Stamford Bridge is “almost done” from source at Rennes. Understand fee is €20m (+ €5m add-ons).’

Mendy flew to England on Friday to put the finishing touches on his move and to undergo a medical.

Once he is announced as a Chelsea player he will look to put the pressure on Kepa Arrizabalaga and Willy Caballero.

JUST IN: Chelsea have Edouard Mendy transfer bid accepted by Rennes with star set for medical 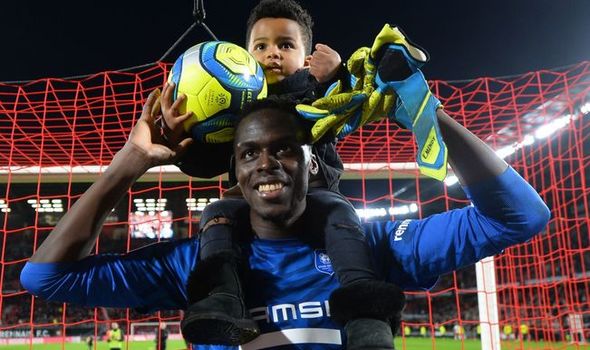 Chelsea’s former youth star Bertrand Traore could be back in the Premier League this season.

That’s because Aston Villa have had a bid of £17million accepted for the Lyon forward.

In the deal that saw him move to the Champions League semi-finalists, Chelsea included a sell-on clause of 15 per cent as reported by Express Sport.

That will now see them net £2.5m from the deal that could potentially bring Traore to Villa Park.

Jamie Carragher has claimed he thinks Thiago Silva could struggle in the Premier League due to his age.

He captained Paris Saint-Germain to the Champions League final but that was not enough to convince the Liverpool legend, who also highlighted Kepa as a weak point.

“I love Thiago Silva, he’s been fantastic, but to come to the Premier League at 35, almost 36 I think in a couple of weeks, is a tough ask,” he told Sky Sports. 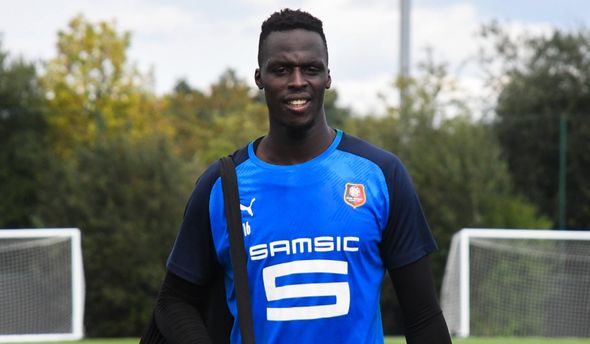 Kepa is said to reacting positively to news the club are closing in on their new goalkeeper Mendy.

His relationship with Lampard remains full of respect, despite being dropped twice last season.

Now his team are of the belief that further competition could help him rediscover his best form.

Kepa is under no illusions that he wants to stay at Stamford Bridge and prove his worth.