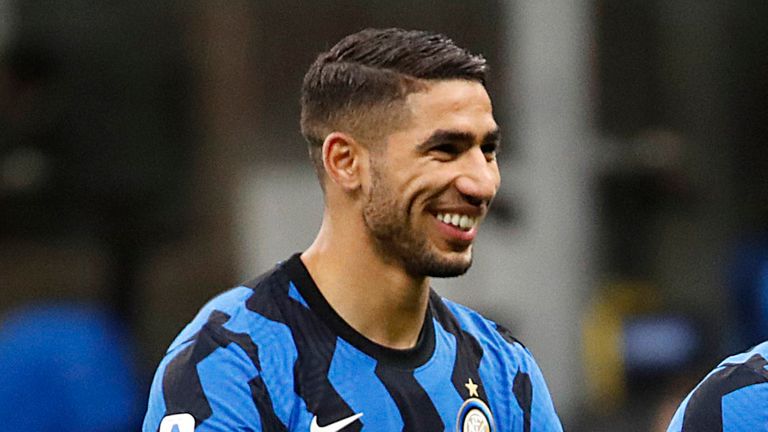 Paris Saint-Germain are set to beat Chelsea to the signing of Inter Milan right-back Achraf Hakimi.

According to Sky in Italy, PSG have submitted an improved bid of 70m Euros (£59.8m), including add-ons, and are confident of winning the race for the Morocco international.

The two clubs are locked in talks and could close a deal quickly despite Inter’s valuation remaining higher than PSG’s improved bid.

Chelsea are still in the race, but the Ligue 1 club hope that the player’s wish to move to France rather than England could make the difference.

Sky Sports News reported Chelsea and PSG both made initial 60m Euros (£51.3m) bids for Hakimi but Inter valued him at around 80m Euros (£68.4m).

Inter signed Hakimi from Real Madrid for €40m last summer after he spent two seasons on loan at Borussia Dortmund between 2018 and 2020. The 22-year-old was one of the league’s star performers in his first season in Italy, scoring seven goals and providing 11 assists in 45 appearances for Inter.

The Serie A champions need to recoup around 100m Euros (£85.5m) on player sales due to heavy financial losses, which were part of the reason behind Antonio Conte’s decision to quit as manager last month.

Inter confirmed on Tuesday the signing of AC Milan and Turkey midfielder Hakan Calhanoglu on a three-year deal upon the expiry of his contract with their cross-city rivals at the end of the month.