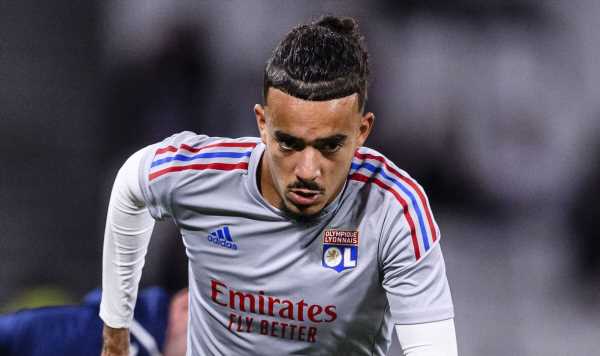 Chelsea are reportedly closing in on the signing of Lyon teenager Malo Gusto, with co-owner Todd Boehly poised to splash yet more cash in his second transfer window since taking over at Stamford Bridge. Manchester United and Newcastle have both been credited with interest in the right-back, but the Blues appear to have made headway ahead of the January deadline.

Boehly took over from former Chelsea owner Roman Abramovich on the proviso that he would pump significant funds into improving the squad. The American billionaire has certainly come good on his promise, with 14 new recruits registered since the start of the summer.

All six of those players are under the age of 23, and Chelsea could be set to seal a deal for another promising star as Malo Gusto edges towards the Premier League.

JUST IN: Tottenham boss Antonio Conte sends direct message to board over future after Fulham win

According to Foot Mercato, Gusto is ‘on his way to London’ barring a huge turnaround, despite rival interest from United and the Magpies. The 19-year-old has reportedly been offered a six-and-a-half year contract and a huge jump in salary, which could see him force through an exit despite Lyon’s desire to keep him until the end of the season.

Gusto is currently valued at £13million but the competition for his signature could see Lyon receive a larger fee. The right-back joined the French outfit at the age of 13 and made his first-team breakthrough in 2021/22, becoming a regular starter with 30 Ligue 1 appearances.

This campaign, the teenager has started 15 of Lyon’s 19 league matches, racking up one assist in the process. Chelsea lack orthodox cover at right-back with Reece James still out injured, and Potter is still trying to figure out his best XI with the Blues way off the top-four pace.

Chelsea are said to retain interest in Inter Milan full-back Denzel Dumfries, which could come in handy if a move for Gusto falls through. Boehly has made headlines for his monstrous spending over the last 12 months and another high-profile deal would take him closer to the dizzying half-a-billion-pound mark.

“[Integrating new players] is part of my job and it’s a fun part of my job,” Potter told talkSPORT after Saturday’s goalless draw with Liverpool. “I’m certainly not going to complain about it! I think that’s the challenge, it’s a coaching challenge, a leadership challenge, a management challenge.

“It’s fantastic, it’s really exciting, it’s exciting for the club, it’s good for us that we have players coming back from injury. Some new guys coming in giving everybody a lift, a bit of competition, and I still think there’s improvement in the players that are here playing every week. So I see it as a positive and looking forward to it.”