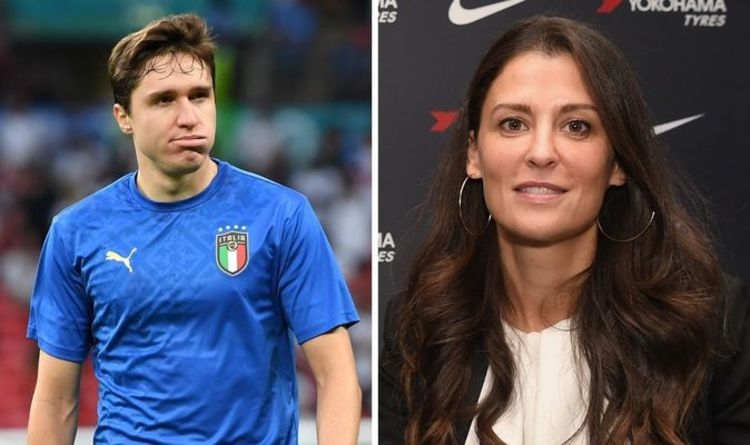 Chelsea transfer chief Marina Granovskaia has reportedly moved away from signing Federico Chiesa from Juventus with contact made on a new target. The Blues head into the new season in just a few weeks with no new signings yet to join Thomas Tuchel’s side.

Roman Abramovich is apparently happy to back Tuchel in the transfer market though after leading the club to Champions League glory back in March.

Signing a new out-and-out striker is seen as a top priority with Harry Kane, Romelu Lukaku and Erling Haaland all linked.

Borussia Dortmund have made it clear that any move to sign Haaland will take a huge offer while Tottenham are also reluctant to letting Kane walk away for anything less than £150million.

And Lukaku has indicated that he’s happy to stay at Inter Milan for the new season, meaning Chelsea may have to look elsewhere.

JUST IN: Chelsea owner Abramovich warned he could miss out on Haaland forever

But bolstering Chelsea’s options in the wide areas is also an objective for Chelsea in the transfer window.

Chiesa, who proved to be a superstar for Italy at Euro 2020, was seen as a top target at Chelsea.

Juventus are desperate to keep hold off the 23-year-old though and build their attack around the Italian.

And Chelsea have seemingly accepted defeat in their pursuit of Chiese, with Granovskaia now moving on to a new target.

According to SportItalia, Chelsea have decided to switch their focus on to a deal for Domenico Berardi.

The report claims that Chelsea, and Dortmund, have made contact with Sassuolo over a potential move.

And the Serie A side are prepared to listen to offers in the region of £34.6m with Berardi attracting plenty of attention.

The 26-year-old was another one who impressed for Italy at Euro 2020, playing pivotal roles in wins over Spain and England.

West Ham have also been linked with a move for Berardi in recent weeks, making enquiries on his availability in the market.

There has been plenty of interest from clubs in Italy with AC Milan, Lazio and Fiorentina all keen on signing Berardi.

But reports indicate the Italy international is keen on a move abroad, giving Chelsea an edge in negotiations.