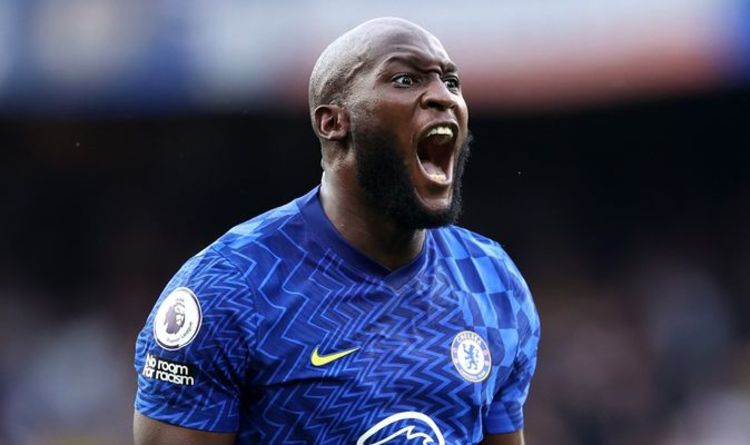 Romelu Lukaku is emphatically proving Rio Ferdinand’s previous comments right since his club-record return to Chelsea. The 28-year-old has scored three goals in three games since re-joining from Inter Milan in August and looks determined to prove a point in the Premier League.

Speaking on his YouTube channel FIVE before Lukaku’s Chelsea return, Ferdinand suggested the striker was ‘hungry’ to prove the detractors of his Man United struggles wrong this season.

He said: “I’ve spoken to him recently, and he’s hungry, man. He hasn’t confirmed to me that he’s signing for Chelsea, but he just said this season, he’s hungry.

“I just think this guy, a lot of greatness comes through having fuel and what I mean by that is having doubters and wanting to prove them wrong.

“He’s got a whole stadium full at Manchester United who doubted him, all the fanbase at Old Trafford doubted him. A lot of people weren’t too dissatisfied when he left.

“He will be sitting there and looking in the diary to see when that Old Trafford game is and he will want to unload.

“Romelu Lukaku guarantees you 20 goals, minimum. He guarantees you that. He’s scored goals wherever he’s been. He’s an elite goalscorer; it’s as simple as that.

“If he gets the chances that Timo Werner got last year, he bangs 30-35 goals; it’s as simple as that.

“Chelsea have heavy artillery upfront now, a real mix of talent, all different types of players, a real good blend. Lukaku going there makes them an absolute threat to win the title. They could win it.”

Many expected Lukaku to instantly start firing after scoring 64 goals in 95 games across just two seasons in Italy, and that’s exactly what he’s done.

He undoubtedly looks capable of netting at least 20 Premier League goals this season based on his first three appearances.

The Belgium international’s relentless goalscoring exploits could prove to be the final ingredient for Thomas Tuchel to add a Premier League to his ever-growing trophy haul.

The wastefulness displayed by Timo Werner last term won’t be replicated in 2021/22, whilst Lukaku is the focal point of Tuchel’s attack.

Ferdinand’s suggestion that Lukaku will be eyeing his Old Trafford return is also likely accurate.

He scored 42 goals in 96 appearances throughout the two campaigns he spent as a Man United player.

Supporters were happy to see him out the exit door after he struggled to suit Ole Gunnar Solskjaer’s style of play.

Lukaku will return to Old Trafford on March 15, by which point he could’ve already hit the 20-goal mark for the season, where he’ll be vying to make a big statement at the expense of his former club.