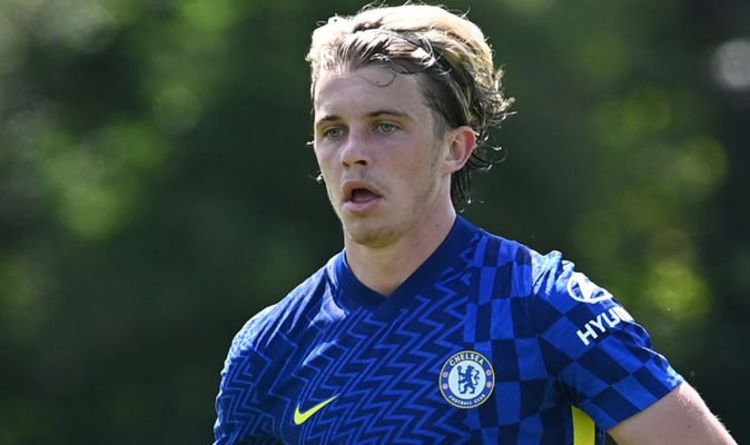 Chelsea’s Conor Gallagher insists he is ready to kick on even more and is “nowhere near” the player he wants to be as he prepares to get sent out on loan again. The midfielder is currently in pre-season training with Thomas Tuchel’s side ahead of the new season.

Gallagher spent last season on loan at West Brom, who were relegated to the Championship, and has revealed that he was given lessons in the ‘dirty’ side of the game by Sam Allardyce.

But he looks likely once again to have to use those lessons in the dark arts somewhere else rather than Chelsea this year. He is currently in talks with Newcastle about another season-long loan away from Stamford Bridge, after making a huge impression in his temporary stint in the Midlans last term.

Allardyce arrived at the Hawthorns in December last year to replace Slaven Bilic, with Albion 19th in the Premier League table.

The veteran ‘firefighter’ was unable to keep the Baggies in the top flight despite an improvement in results, which included a spectacular 5-2 win at Gallagher’s parent club Chelsea.

Allardyce suffered the first relegation from the Premier League in his career but the 21-year-old he learned plenty about the nasty side of the game under Big Sam.

The all-action England under-21 midfielder returned back to training with Chelsea this week but is once again set to go out on loan, with Newcastle in talks and Crystal Palace also interested.

If he does go, it will be Gallagher’s fourth spell away from the Blues, after previous stints at Charlton and Swansea.

And Gallagher is not the only Chelsea academy graduate feeling forced to continue his career elsewhere this summer, with the path to first-team football under Tuchel incredibly crowded.

Gallagher insists: “I’ve loved every loan I’ve been on. It’s been great meeting new people, playing with different players and under different managers. It’s all about getting different experiences.

“With Sam at West Brom, it was more about the dirty side and doing that well, whereas at Swansea it was about runs in behind and creating chances.

“Each manager has helped improve different areas of my game.

“I’ve improved as a player in the past two years, and a lot of that is down to the four managers I’ve played under. I want to push on even more now.”

Gallagher added: “I think of myself as an all-round midfielder.

“I know defensive intelligence is something I can improve on so I’ve been working on that. I’ve been told I need to get better at that so I’m focusing on it.

“I’m only 21 so I feel like I’ve gained a lot of experience already. It’s still just the start. I’m nowhere near where I want to be. I know I can go even further.”

Chelsea fans though have noted with alarm this summer the number of homegrown players fleeing the nest in search of first team football, either permanently or on loan deals.

But Chelsea could now in the next few weeks be losing three more of their most promising academy graduates to other Premier League sides.

Valentino Livramento, Lewis Bate and Myles Peart-Harris all have one year left on their contracts, but are so far refusing to sign extensions because they do not see a pathway to first team football at Stamford Bridge.

Midfielder Bate, on the bench a couple of times last year, is finalising a move to Leeds, forward Peart-Harris is in talks with Brentford, and Livramento interests Brighton.