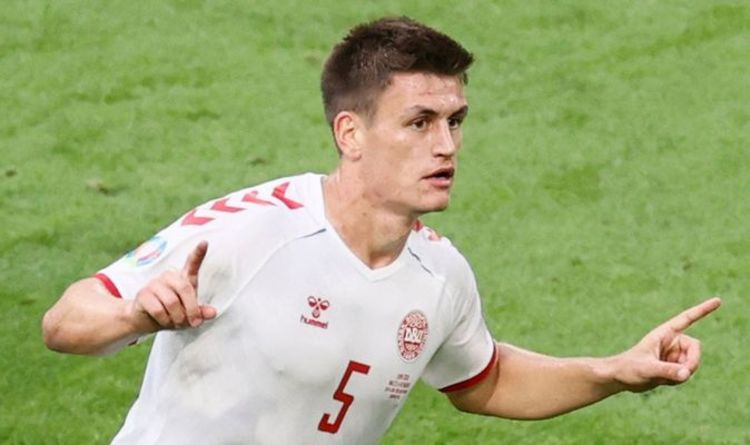 Achraf Hakimi looks set to join PSG from Inter Milan with a deal now on the verge of completion meaning Chelsea may now be forced into a rethink. While Thomas Tuchel is not short of options at right wing-back, the German saw Hakimi as the chance to add another world-class option to his squad as he goes in search of Premier League glory.

Hakimi is the perfect wing-back given it’s a role he has flourished in at both Borussia Dortmund and Inter Milan.

He helped Inter win the Scudetto during his first season in Italy under Antonio Conte last term but is now set for a swift exit.

At Chelsea, Tuchel is operating with a similar system to the one that brought Conte success in both London and Milan.

Reece James was excellent in the Champions League final, which is why many were shocked to hear that Chelsea had earmarked Hakimi as a target. 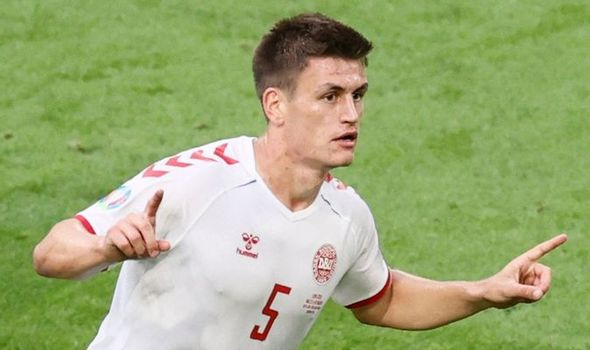 Yet Hakimi’s impending move to Inter may not be a bad thing and the European Championships may just have given Marina Granovskaia food for thought.

That’s because Denmark’s Joakim Maehle has been exceptional at the tournament and he will not cost anywhere near £60million.

Maehle only joined Serie A outfit Atalanta – who are once again already ahead of the game when recruitment is concerned – from Genk in January for a mere £10.8m.

He has been one of the stars of the show so far as he caught the eye in the 4-0 thumping of Wales in Amsterdam.

His fitness levels were relentless on Saturday up and down the right flank.

The wing-back then showed his attacking credentials when he cut inside and thumped home the third goal for the Danes.

It was his second goal of the tournament too having also got on the scoresheet in the 4-1 demolition of Russia.

Hakimi’s attacking impetus is one of the key reasons why he was of interest to Chelsea but 24-year-old Maehle has already shown he can perhaps reach the same level.

Although Atalanta have only just secured his services, they would arguably find it hard to down around £30m given the huge profit they could make on the deal.

He could be the perfect player to compete with James for the shirt next season permitting the Blues are willing to dip into the market.