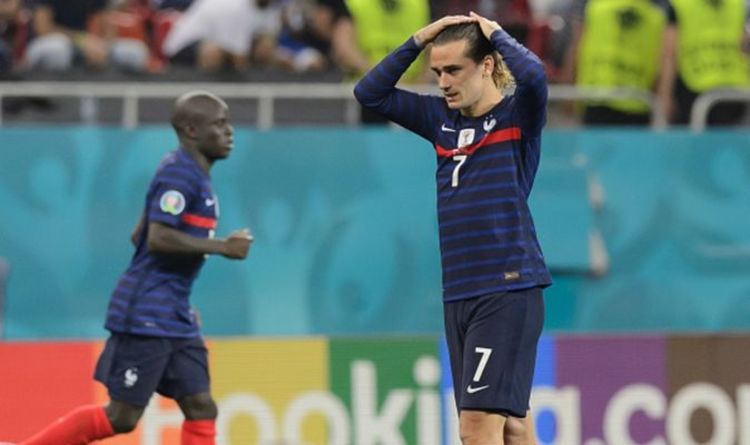 Chelsea have been linked with a big-money move for a striker this summer to alleviate their fears in front of goal. Timo Werner endured an underwhelming first season in the Premier League, leading the Blues to seek reinforcements.

Chelsea are looking increasingly likely to sign transfer listed Barcelona star Antoine Griezmann due to the availability of three other players.

The Blues have been linked with a host of names as they look to bring in a new star striker.

Timo Werner scored 12 goals in all competitions in his debut season following a £47m move from RB Leipzig, an underwhelming total to end with despite finishing as the top scorer at the club.

And now Chelsea are expected to splash the big bucks on a new striker to help the misfiring Werner out in front of goal.

Recent reports have linked Thomas Tuchel’s side with Barcelona star Griezmann, who is believed to be transfer listed at the Nou Camp in order to get him off their wage bill.

According to Spanish outlet Sport, Stamford Bridge is a realistic destination for the Frenchman, who could be available for a fraction of the £107m Barcelona forked out for him just two years ago.

And it seems more likely than ever that he will join, with a host of Chelsea’s other targets unlikely to make that switch to west London.

England captain Harry Kane appears to be being priced out of a move away from Tottenham by Daniel Levy, despite his best attempts to leave.

Meanwhile, Borussia Dortmund are playing hardball over the highly-rated Erling Haaland, and are demanding a monstrous fee to secure his services.

And it’s a similar story over at Inter Milan with Romelu Lukaku who helped to guide the Nerazzurri to their first Serie A title in 11 years.

Kalajdzic, 24, played all four of Austria’s games at Euro 2020 and found the back of the net in the extra time defeat to Italy in the round of 16.

The towering frontman scored 17 goals last season for Stuttgart and would cost around £34million, and has come on to the radar of Chelsea manager Thomas Tuchel as a player who might be gettable this summer.