Chelsea boss Frank Lampard has a number of players currently nursing injuries ahead of the game against Newcastle this weekend. The Blues had been in good form heading into the international break with four consecutive victories.

But the international break may have come at a good time for Frank Lampard with a number of his first-team players needing time to rest.

The Blues boss will now be hoping they return to the club later this week fully fit in time to face Newcastle on Saturday.

There were a large number of players who remained at Cobham to train but the majority of those who feature regularly in the first-team are still away on international duty.

With just a few days remainig to prepare for the Newcastle game, Express Sport takes a look at the players who face a battle to be fit in time to feature.

JUST IN: Ashley Cole shares what Chilwell asked him about £50m Chelsea transfer 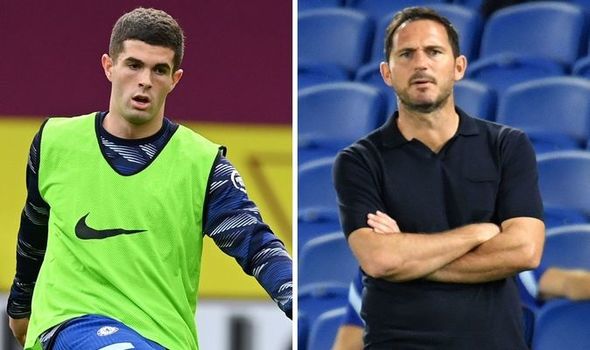 Christian Pulisic initially met up with the USA national squad last week before returning to Cobham to undergo treatment on a hamstring problem.

USA head coach Gregg Berhalter raised some doubts on whether Pulisic would be fit in time to return against Newcastle.

“He was doing some on-field work with us as well, making a lot of progress,” he said.

“The one thing I do know is he puts absolutely everything into it [his recovery], it’s the one thing I really admire about Christian is that he’s so focused on getting back on the field.

“He’s getting treatment three times a day, so he’s really focused on getting back and getting better.”

Frank Lampard has admitted he’s having to manage Thiago Silva’s minutes this season with the centre-back unlikely to play three times in the space of a week.

Silva also admitted prior to the international break that he’s been suffering from “headaches” in his last two matches.

“We have to constantly reinvent ourselves. You lose players because of Covid-19 infections or there are others who get injured because we’re playing a lot of games,” he said.

“We’re not machines. We have seen recent studies showing that it is more likely that we are going to get injured after having played every three days four or five times.”

Chelsea play Rennes just three days after the game against Newcastle with a crucial home match against Tottenham the following weekend so it remains to be seen in which match Lampard will rest Silva. 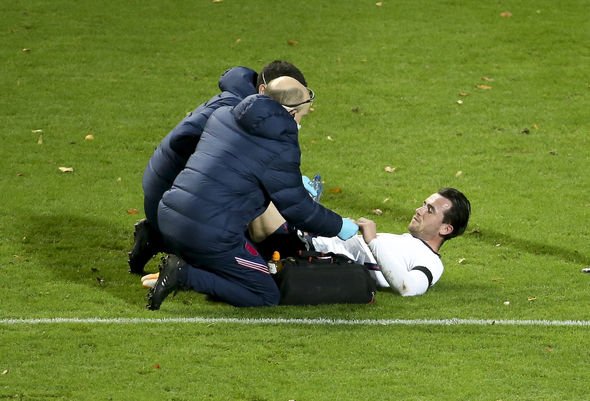 Lampard will be sweating over Ben Chilwell’s fitness after the defender was forced off with an injury in England’s 2-0 defeat against Belgium on Sunday.

He appeared to be suffering from a back injury and was in clear discomfort as he left the field.

The 23-year-old has since left the England camp to undergo tests at Cobham to discover the extent of the issue.

Chilwell has established himself as Chelsea’s first-choice left-back since joining from Leicester in the summer.