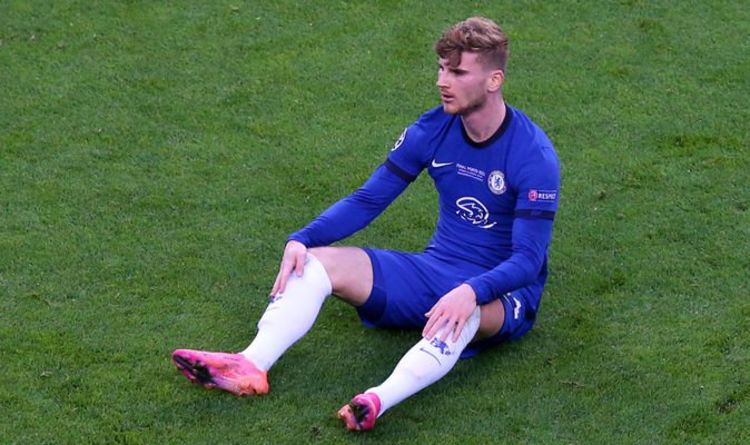 Timo Werner is looking to leave Chelsea this summer after just one season in West London, according to reports. The German striker has scored just six goals since his £53 million move from RB Leipzig last summer.

Despite a disappointing campaign, Werner did score four goals on the Blues’ run to Champions League victory, including one against Real Madrid in the semi-final.

He also recorded 12 assists in the league, as Thomas Tuchel’s side scraped into the top four on the final day of the season.

However, 90min are reporting that the 25-year-old is unhappy at the club and, with Chelsea in the market for a new centre-forward this summer, is happy to move on if another striker joins the club.

Numerous forwards have been linked with the club this summer.

JUST IN: Chelsea ‘may tempt Dortmund with swap deal’ as Blues push for Haaland

The Belgian winger, who has had a disappointing spell in Spain with Real, scored 110 goals from 352 appearances for the club.

AS are reporting that the 30-year-old could be available for around £51m.

The Spanish outlet adds, however, that Tuchel is ‘in no hurry’ to sign another winger, with Mason Mount, Kai Havertz, Timo Werner, Christian Pulisic, and Hakim Ziyech all able to play in that position.

They are more likely to sign a central striker this summer, with Erling Haaland their top target.

The Borussia Dortmund striker scored 27 goals in 28 league games last year and has reportedly already been subject to a bid from the Blues.

Chelsea are rumoured to have other alternatives should Haaland end up staying in the Bundesliga for another season.

Romelu Lukaku is one who could make a return to Stamford Bridge, having been at the club from 2011 to 2014.

He scored 30 goals in all competitions for Inter Milan last season, as they won their first Italian title in 2010.

The Serie A side could be forced to sell the Belgian due to financial difficulties.

With a new striker coming in, Chelsea could be set to offload some of their current forwards before the season starts later next month.

Olivier Giroud has already left the club to join AC Milan for £1m, while Tammy Abraham could also be set for a move, with the youngster failing to get much game time under Tuchel.

Abraham and teammate Callum Hudson-Odoi were both reportedly offered in a player-plus-cash offer in an opening bid to Dortmund for Haaland.