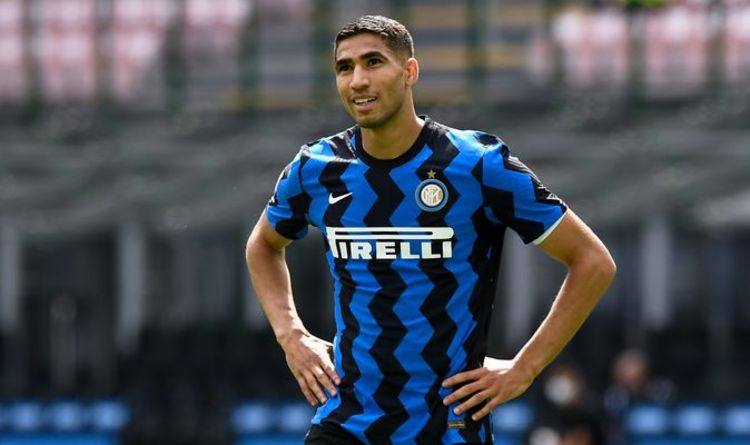 Chelsea have suffered a setback in their pursuit of Inter Milan defender Achraf Hakimi after learning the Italian side will not accept a swap deal for the 22-year-old. The Blues have continued to be linked with a move for Hakimi but are facing stiff competition to secure his services this summer.

It is understood that Chelsea had hoped to included Marcos Alonso as part of a deal including €60m (£51m) in cash, though this is unlikely to prove effective due to Inter’s demands.

According to Sportitalia and Gazzetta dello Sport transfer expert Alfredo Pedullà, the Nerazzurri will lower their asking price to €70m (£60m)- but will accept cash only and not player exchanges.

This development could make PSG the favourites to secure a deal for the talented youngster, as the two clubs battle it out for Hakimi’s signature.

The Morocco international scored seven goals and provided 11 assists in 45 competitive appearances for Inter on their way to winning the Serie A title last season, having developed into a key player in Antonio Conte’s system during the 2020/21 campaign. 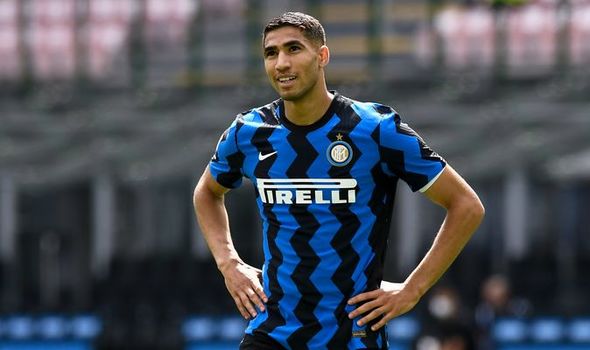 Hakimi only joined the Italian giants one year ago from Real Madrid, having spent two seasons on loan at Borussia Dortmund prior to his move.

Inter are likely to receive the £60m fee they are requesting for the Moroccan due to being under contract at the club until 2025 – a major boost for the club as they look to cash in on one of their star players.

The reason for his departure relates to the financial difficulties Inter are faced with, only worsened by the coronavirus pandemic.

Club chairman Steven Zhang explained to reporters the negative impact that COVID-19 has had as he conceded that this was likely to impact Inter’s transfer plans.

“Last summer the pandemic had greatly affected our revenues but we continued with him [Conte], focusing on the season convinced that we could win,” said Zhang.

“The decision was right [for Conte to leave], but now the bill brought by the pandemic is such that we cannot fail to review the situation by looking for savings that lead to a future budget balance.

“We must reduce costs and control risks. This obviously also influences the transfer market strategy. Our different views on the situation led to the separation.”

Chelsea boos Thomas Tuchel could look to take advantage of the club’s situation and has already admitted he is keen to add to his group this summer.

Asked how many signings could be arriving after the club’s Champions League final win, he said:

“Two or three could be very, very good.

“That you always bring new energy, new guys who question the old beliefs, who challenge everybody in the training and in matches, so I think it’s a good thing.”