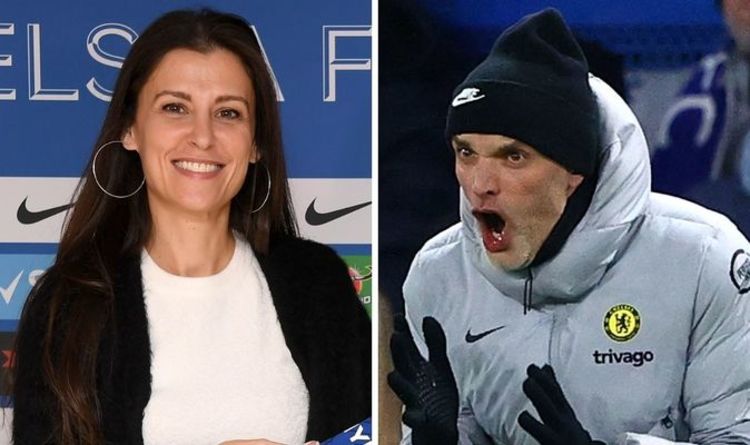 Chelsea boss Thomas Tuchel has made clear what his main “wish” for the January transfer window is and there is supposedly some hope that a deal can be agreed. The Blues are still competing on all four fronts this season with Tuchel hoping to finish the season with some silverware.

Manchester City are runaway leaders in the Premier League, but Chelsea are in the mix to defend their Champions League title while they’re also in with a good chance of winning the Carabao Cup and FA Cup.

In order to continue in all competitions, Tuchel will need to utilise his full squad up until the end of the season.

Edouard Mendy’s involvement in the Africa Cup of Nations with Senegal means Kepa Arrizabalaga will step in for the next few weeks at least.

And injuries along with other issues have taken their toll on Tuchel’s side in recent months.

Chelsea have been hit hardest in defence with Reece James picking up an injury in the recent draw with Brighton.

Reports have indicated that James could be out of action for two months, but there are even bigger issues on the left side of defence.

Ben Chilwell is out for the remainder of the season after undergoing knee surgery last month.

It leaves Marcos Alonso as the only recognised full-back capable of playing on the left, although Callum Hudson-Odoi has often filled in at wing-back.

Lucas Digne and Sergino Dest have been linked with moves to Stamford Bridge this month as a result.

But Chelsea’s preference would reportedly be to sign someone on loan with Chilwell expected to take up his position when he returns to full fitness.

Bringing Emerson Palmieri back from his loan spell at Lyon is Tuchel’s preferred option, but The Athletic report that two approaches have so far been rejected.

Chelsea will need to agree a compensation fee to bring Emerson back to the club.

While their first two bids have been rejected, it is reported that a ‘compromise’ may be reached.

Lyon president Jean-Michel Aulas is renowned as a tough negotiator – as Arsenal learned when they were interested in signing Houssem Aouar.

And it is claimed the Lyon chief is ‘under pressure to ignore Chelsea’s advances’ in the January window.

But Tuchel has indicated that bringing Emerson back is his main “wish” to solve their issues at left back.

“We appreciate Emerson as a player and as a person in general,” Tuchel said last week.

“He had such a huge influence. But it is not just what I wish for.

“We need to evaluate the situation, but we are looking into it.”