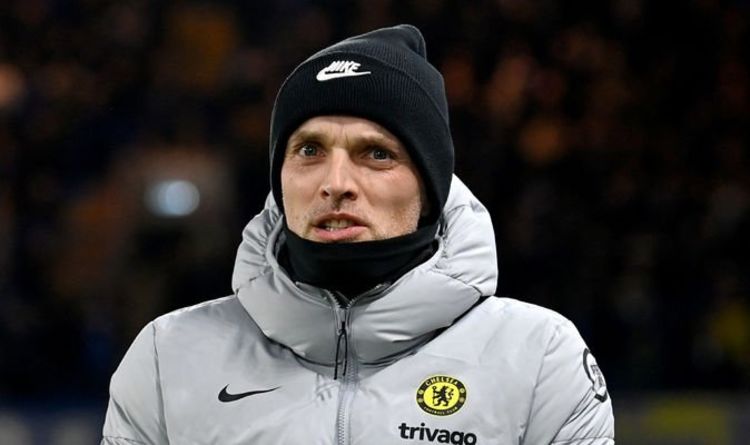 Chelsea manager Thomas Tuchel claimed he was unhappy with his side’s performance, despite booking their tickets to the Carabao Cup final at Wembley. The Blues saw off Tottenham both home and away over their two-legged tie, with a 1-0 victory on Wednesday night sealing their spot against either Arsenal or Liverpool.

Within the first 20 minutes, the north London side’s task on the night was made that much harder when the stopper, on loan from Atalanta, failed to command his penalty area from a corner.

That allowed Antonio Rudiger the opportunity to fumble home, creating a three-goal deficit which was always going be a tall order for the home side.

In the second half, an overturned penalty and a disallowed Harry Kane goal threatened to catapult Spurs back into contention, but the tie finished 3-0 on aggregate and 1-0 on the night.

Despite leaving victorious from a tough ground to visit, Tuchel hardly gave a glowing review after the final whistle.

When asked if he was unhappy, he replied: “Yes. It’s about our standards, not about getting results.

“We can close spaces much better. We can control the match better.

“We controlled the match, we had big chances. But we allowed chances from easy and sloppy mistakes and were lucky. We almost gave a penalty away for absolutely no reason.

“The same happened for the last 20 minutes, a mixture of lack of focus, over-confidence, and suddenly we need luck to not have another penalty.

“We need to play much better if we want to really deserve results like this.”

Tuchel was then asked about the future of Rudiger, who is into the final six months of his contract at Stamford Bridge and has made Chelsea sweat over the prospect of signing renewed terms.

For scoring the winning goal on the night, the German was handed the Man of the Match award in his post-match interview, during which he described thinking about his own career in terms of ‘chapters’.

Some may take that as a hint towards an impending Chelsea exit, but when Tuchel was quizzed on the matter, he seemed to take a different view.

“Everybody knows [his situation],” he added.

“But there is a lot of ifs, so let’s wait to see what becomes reality.

“We’re confident, we have things to offer, and he is the player that he is in a Chelsea shirt. I think he knows it very well.”