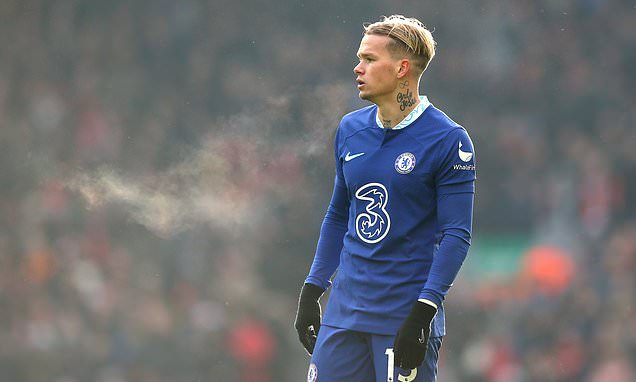 ‘It is a balancing act’: Chelsea boss Graham Potter admits he faces a tough task knowing who to select after Mykhailo Mudryk’s impressive debut against Liverpool

Chelsea manager Graham Potter admitted his biggest challenge is knowing which stars to pick after his latest big-money signing Mykhailo Mudryk was unveiled in Saturday’s goalless draw at Anfield.

£89million Mudryk showed exciting glimpses of his ability as a second-half substitute and went close with a couple of chances – one that he created himself with a mazy dribble inside the penalty area.

Potter also has Raheem Sterling, Joao Felix, Christian Pulisic and Hakim Ziyech as wide options and he acknowledges giving everyone a chance without disrupting the team balance is going to be a balancing act in the second half of the season. 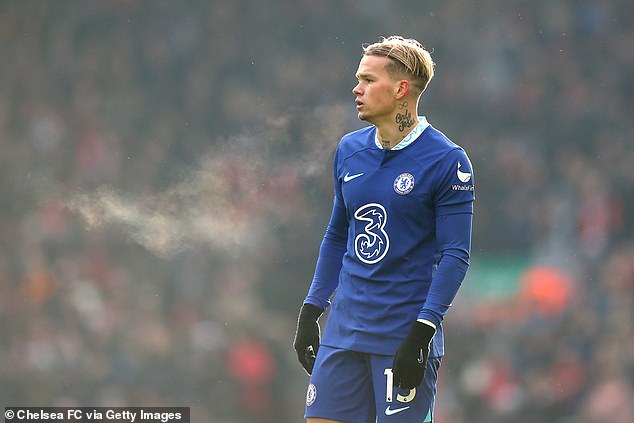 ‘Stability helps the team and we need to be as stable as we can while acknowledging the competition in our squad,’ he said.

‘It is a balancing act and every game brings a slightly different demand. You don’t always get it right but that’s the challenge.

‘Mudryk hasn’t played since November so it would have been a risk to start him but he was very good coming on.

‘He’s only had two sessions with us and will get better the more he understands us and vice-versa. He can get supporters off their seats. His dribbling actions are high and knows where the goal is. 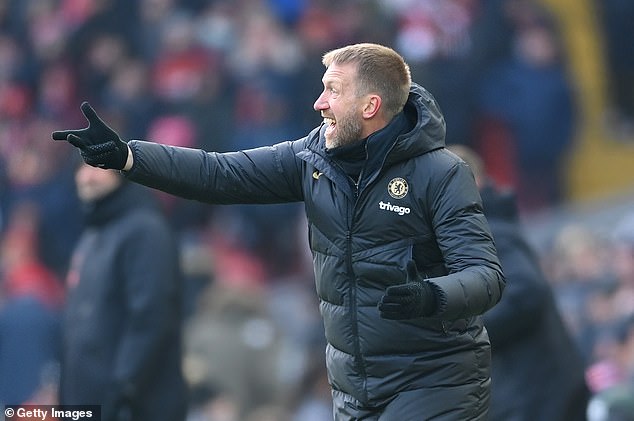 ‘Our job is to help setline him into the country and the team. He and Joao Felix are top players. Coaches don’t magically turn them into good players, it’s just about helping them fine-tune.’

Though Chelsea stay mid-table, the manager was pleased with gaining a point at Liverpool despite missing 11 players through injury and suspension.

‘The way the team has stuck together is positive,’ he added. ‘We’ve had to suffer but I am excited for the second half of the season with injured players coming back to add competition.

‘I’ve had to answer questions about our form when we’ve had so many players on the sidelines. It’s not like I haven’t selected them.’ 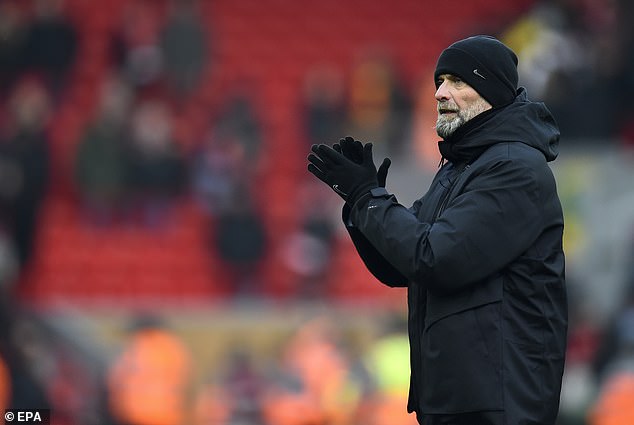 Jurgen Klopp’s side kept their first Premier League sheet in nine matches on his thousandth game as a manager.

‘It’s massive and something we can build on,’ he said after a match with saw only five shots on target of the 26 attempted by both teams.

‘It was progress from our last league game (a 3-0 defeat at Brighton) and we have to take those little steps.

‘We have to defend with passion. We didn’t’ against Brighton, today we did with blocks and everything. We were compact and I feel a point against Chelsea is OK. They will win a lot of games.’

January 21, 2023 Soccer Comments Off on Chelsea boss Potter admits he faces a tough task knowing who to select
NFL News