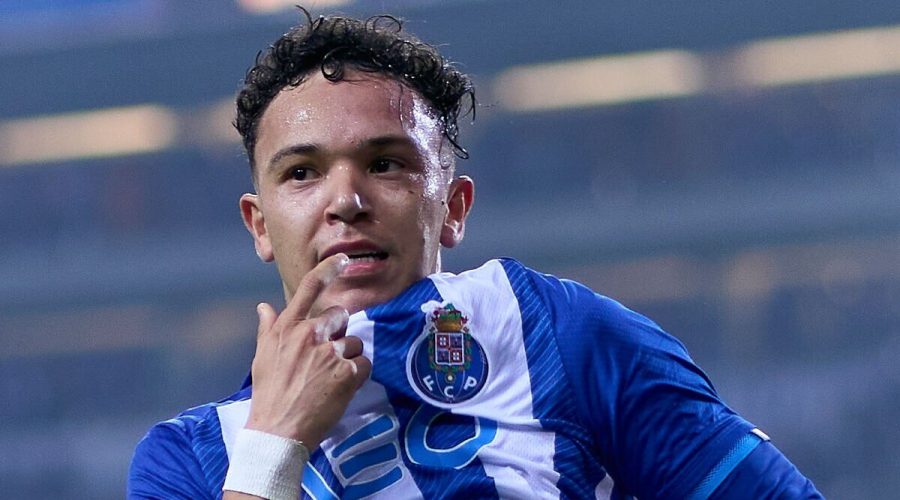 Chelsea and Arsenal could be caught up in a transfer battle for Porto’s Brazilian winger, Pepe. Both Premier League heavyweights face the prospect of having to cough up a significant sum to sign him, however, given that he recently put pen to paper on a new long-term deal in Portugal.

Pepe has flown under the radar this season with just two league goals and four assists for Porto, but in his second campaign since signing from Brazilian outfit Gremio, fans are over the moon with his selfless attitude and general play.

It seems as though they’re not the only ones to take notice, either, as Portuguese outlet Record claim that Arsenal and Chelsea are both keeping tabs on the 25-year-old. Both teams spent heavily during the summer but Blues boss Graham Potter recently hinted that talks with co-owner Todd Boehly could lead to more funds being made available in January.

And that’s just as well, with Porto likely to hold out for someone to pay his extortionate £65million release clause. That figure lies significantly above his market value so negotiations on the final price tag could be a key factor in whether or not the prospective deal goes through.

Versatility is a trait favoured by both Potter and Arsenal boss Mikel Arteta, and it’s a category Pepe fits neatly into as he has featured both out wide and at full-back for Porto this season.

Potter is known for chopping and changing formations while Arteta has experimented with players in certain positions, as he has done with Ben White at right-back this term. Pepe’s move to the Premier League may therefore be a realistic possibility, even if his current Porto contract runs until 2027.

Arsenal could have more pulling power in the January transfer window given that they occupy top spot in the Premier League by a healthy five-point margin during the World Cup break. That being said, a place in Arteta’s starting XI may be more difficult to achieve given the stellar form of Gabriel Martinelli and Bukayo Saka out wide.

Chelsea, meanwhile, are off the pace in eighth which could impact their ability to lure in top-quality talent when the window swings open. Even so, their January could be defined by a swoop for wantaway Manchester United star Cristiano Ronaldo, who effectively burned his bridges with the Red Devils during a controversial interview aired last week.

“I think that Cristiano Ronaldo will leave Manchester United after the World Cup,” former Blues defender William Gallas told Genting Casino. “I won’t be surprised to see him go to Chelsea either.

“He was honest and spoke from the heart and I think everybody is a little bit surprised by what has happened to him at United this season. The only people who know what was said about his role and importance in the team are him and the manager. When you look at what Erik Ten Hag did to him, putting him on the bench, for a player of Ronaldo’s standing, it’s difficult to understand, but he accepted it.”

November 21, 2022 Soccer Comments Off on Chelsea and Arsenal ‘tracking’ Pepe but may have to pay £65m clause
NFL News