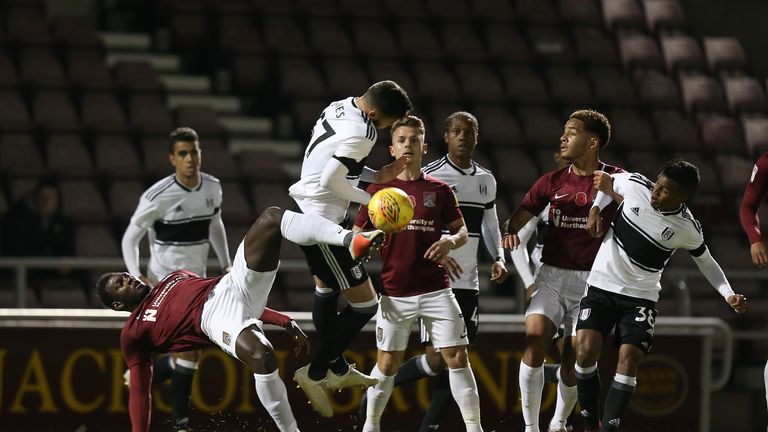 Yeovil Town thumped West Ham U21s 4-0 in the Checkatrade Trophy at Huish Park on Tuesday night – with both sides already eliminated from the competition.

The Glovers signed off with an emphatic win thanks to an Shaun Donnellan, a Tunji Akinola own goal and strikes from Tom James and Enes Mahmutovic.

Elsewhere, Fulham U21s ended their campaign with three defeats from three after losing 2-0 at Northampton, while Oxford also qualified from Group F of the Southern section alongside the Cobblers after 3-0 win at Wycombe.

AFC Wimbledon earned a much-needed morale-boosting 4-0 win over Stevenage, while Accrington qualified for the next stage following a 2-1 win over West Brom U21s.

Barnsley moved a step closer to qualification after beating Everton U21s 4-2 on penalties after a 1-1 draw in normal time, a result that saw the young Toffees side eliminated.

Defending champions Lincoln were held to a 2-2 draw by Wolves U21s before the academy side, who are out of the competition, won 5-4 on penalties.