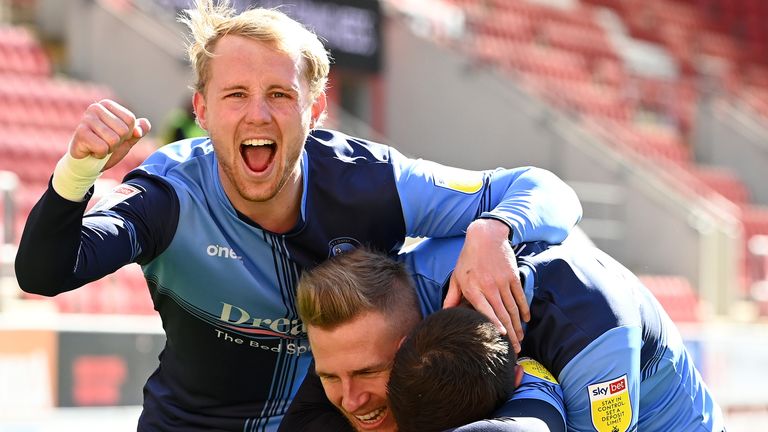 The 22nd-placed Millers, who have games in hand on the teams around them, remain two points above Gareth Ainsworth’s visitors following an eighth loss from 10 games.

Leo Ostigard’s early strike and a second-half penalty from Matt Godden put the Sky Blues in control before Viktor Gyokeres ensured they would move seven points above the drop zone after Robins forward Nahki Wells pulled one back.

At the other end of the table, second-placed Watford missed the chance to significantly cut the gap to leaders Norwich after surrendering a lead to draw 1-1 at Middlesbrough.

Daryl Dike’s brace boosted fifth-placed Barnsley’s surprise play-off push as they won 2-1 against Luton at Kenilworth Road to move within a point of the Swans.

United States forward Dike squandered the chance to claim a hat-trick after seeing a penalty saved by Hatters goalkeeper Simon Sluga before James Collins’ consolation set up a nervy finish.

Bournemouth kept up the pressure on the Tykes and Royals with a 2-0 success against Blackburn.

In-form duo Philip Billing and Arnaut Danjuma were on target either side of half-time at Ewood Park to keep Jonathan Woodgate’s men a point outside the top six, while Cherries goalkeeper Asmir Begovic saved a late spot-kick from Adam Armstrong.

Millwall enhanced their slim play-off hopes as goals from Murray Wallace and Mason Bennett, either side of Jacob Brown’s equaliser, secured a 2-1 victory at Stoke.