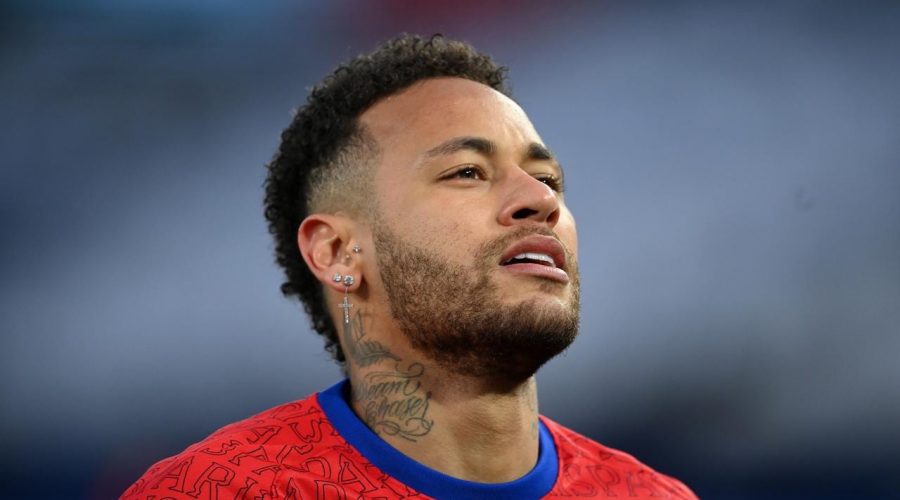 They’re the two best teams in Europe this season and there’s a silver lining to PSG and Manchester City meeting in the Champions League semi-finals — we get to watch them play twice.

The winner of the tie between last year’s runner-up and the all-conquering English outfit still on track for four titles this season will enter the May 29 final as an overwhelming favourite.

But Real Madrid and Chelsea are dreaming big too after progressing to the last four.

Man City finally make it past the quarters

Pep Guardiola said Manchester City “want more” after they marched into the Champions League semi-finals with the Premier League leaders on course to win four titles this season.

Phil Foden’s second-half winner at Borussia Dortmund on Thursday sealed a 2-1 away win in the quarter-final second leg to claim a 4-2 aggregate victory and set up a semi-final clash with Paris Saint Germain.

Guardiola’s side stay on course for a historic quadruple of Champions League, Premier League, FA Cup and League Cup.

They also ended their miserable run of exiting at the quarter-final stage in each of the three seasons to make the Champions League semis at the fifth time of asking under Guardiola.

“I am incredibly happy for this club, for this chairman and for the fans, everyone,” he said.

“For all of us, it was necessary to get to the semi-finals and now we want more.

“It’s time to celebrate and drink a lot of wine, then prepare to face Chelsea (in the FA Cup semi-finals on Saturday).

“We need three victories to be Premier League champions, so it’s important to keep going in this way.”

Guardiola heaped praise on City’s matchwinner Foden, who had also netted a 90th-minute goal in the first leg last week to seal a 2-1 home win.

“The second goal from Phil in Manchester was crucial,” said Guardiola. “You had the feeling he is a guy who never hides and he always creates something, he scored two important goals to help us reach the semi-finals.”

City’s man-of-the-match Ilkay Gundogan said his side had showed character to come from behind.

“It means a lot to be honest, this club and this team deserve it,” Gundogan told BT Sport.

“Today once again we showed character, we didn’t play well at all in the first 15 minutes, we struggled and we weren’t brave enough and were scared to lose something. That was obvious.

“After conceding the first goal we were able to get hold of possession and create chances.

“Our target was to score the first goal of the second half and get the game back into our hands.

“That’s exactly what we did.”

Paris Saint-Germain’s relationship with the Champions League over the last decade has been fraught with disappointment and littered with spectacular defeats, but an aggregate victory against holders Bayern Munich is the most significant of the Qatar era as they aim to finally get their hands on the trophy.

Against the team that Mauricio Pochettino kept insisting was the best in Europe, PSG exacted revenge for their 1-0 defeat in last season’s final in Lisbon.

It was not achieved without suffering, as they followed their smash-and-grab 3-2 win in the first leg in the Munich snow last week with a 1-0 defeat in Wednesday’s return, Eric Maxim Choupo-Moting scoring Bayern’s goal against his old side.

But while in previous years PSG might have collapsed under the pressure, this time they held on to win their quarter-final tie on away goals and set up a semi-final against Manchester City.

They threw away first-leg leads to lose on away goals to Chelsea in the 2014 quarter-finals and to Manchester United in the last 16 in 2019.

There was the humiliation of the “remontada” against Barcelona in 2017 too, when a 4-0 first-leg lead in the last 16 was obliterated in a 6-1 second-leg loss.

This time they held on, despite captain Marquinhos and playmaker Marco Verratti both missing the second leg, and despite Neymar missing a host of chances in the first half.

“This club has been growing every day, year on year,” said Presnel Kimpembe, the skipper against Bayern whose late handball was responsible for their dramatic exit against United two years ago.

The success against the holders comes after they eliminated Barcelona in the last 16, winning 4-1 at the Camp Nou in the first leg.

That was also a case of exacting revenge, with the Catalans having beaten the French side in the knockout rounds three times in the previous decade.

In both of those ties PSG have shown a resilience that has been lacking before, and they have beaten two of the great traditional powerhouses of European football en route to the last four, having also beaten Manchester United away in the group phase.

“We have deserved to win these two ties, but I don’t think that makes us favourites now,” said coach Pochettino, and yet there is a significance to the teams they have knocked out.

Last year their run to the final, as impressive as it was, featured wins over Dortmund, Atalanta and RB Leipzig, none of whom were seen as contenders to win the trophy. The latter two victories came in one-off ties in the ‘Final Eight’ in Lisbon.

PSG’s European run this season comes just as their hegemony at home is under threat — after seven Ligue 1 titles in eight years, they are currently three points behind leaders Lille with six games remaining.

Nevertheless, the Champions League is really all that matters, and it is success in Europe’s elite club competition that can convince superstar duo Kylian Mbappe and Neymar to sign contract extensions.

The two most expensive signings in football history when they arrived in Paris in 2017, Neymar and Mbappe are both out of contract at the end of next season. It remains Barcelona’s dream to bring Neymar back, while Mbappe has long been linked to Real Madrid.

“Kylian and Neymar have no excuse for wanting to leave because we have everything in place here to win the Champions League,” beaming PSG president Nasser al-Khelaifi told RMC Sport. “We are a top team now, with all respect for the other teams out there.”

Is Madrid the Real deal?

Jurgen Klopp bemoaned Liverpool’s inability to turn dominance into goals as Real Madrid held out for a 0-0 draw at Anfield on Thursday to progress to the semi-finals of the Champions League 3-1 on aggregate.

Mohamed Salah and Georginio Wijnaldum were guilty of wasting glorious opportunities to get Klopp’s men back into the tie as they failed to replicate a remarkable recovery from 3-0 down to beat Barcelona 4-3 on aggregate at the semi-final stage two years ago.

“We didn’t lose the tie tonight. We lost it definitely in Madrid but even if we drew there 0-0, we would probably still be playing because we didn’t score,” said Klopp, whose side now face a battle just to qualify for next season’s Champions League via a top-four finish in the Premier League.

“It’s a little bit ourselves this year. We had games here in the Premier League where we just don’t finish the situation often enough.

“We know how often Mo Salah finished these chances with closed eyes and in this moment (he did) not.”

Madrid were far from their best, but did not need to be to set up a semi-final clash with Chelsea as Los Blancos extended their unbeaten run in all competitions to 14 games.

“We knew we had to suffer tonight, but in the end we got what we wanted, which was to go through,” said Zidane.

“We knew they’d start fast and they were really good in the opening 15 minutes, but that’s normal. In the quarter-finals of the Champions League you have to dig in and we did that and got through.”

Real’s fine run has propelled them back into contention to defend their La Liga title and claim a 14th crown as European champions.

However, Zidane warned after Saturday’s 2-1 El Clasico win over Barcelona that his players were at their “physical limit” and the visitors looked jaded as they were happy to sit on their first leg lead.

The closest Madrid came to scoring was when Kabak inadvertently deflected a Benzema cross off the outside of his own post with Alisson Becker wrong-footed.

But a blistering first 45 minutes in the Spanish capital last week proved to be enough for Zidane to win a 14th of his 15 Champions League knockout ties in two spells as Madrid boss.

Thomas Tuchel urged his young Chelsea team to embrace their Champions League “adventure” after they reached the semi-finals for the first time since 2014 despite a 1-0 defeat against Porto in Wednesday’s quarter-final second leg.

Tuchel’s side will play Real Madrid for a place in the final after producing a masterclass in game management to win 2-1 on aggregate in Seville.

Chelsea have lost only once in 18 matches since Tuchel replaced the sacked Frank Lampard in January and this was another feather in the German’s cap.

Making it to the last four is an even more admirable feat given the lack of Champions League experience among the majority of Tuchel’s squad.

Tuchel knows the likes of Mason Mount, Reece James, Kai Havertz, Ben Chilwell and Christian Pulisic are all learning on the job, but he hopes their fearlessness will be invaluable.

“We arrive with a very young team. They can fight and run and hang in there. We have to take it like an adventure for them. It is a big step.

“You see when Chelsea were last in the semi-finals. We are not used to being there. It’s a big achievement.”

Tuchel had admitted this week was a make or break period for Chelsea. They passed the first test and can now focus on Saturday’s FA Cup semi-final against Premier League leaders Manchester City at Wembley before returning to the Champions League trail.

“Once you are there you play to reach the final. We need every minute to learn and to grow. You cannot improve without these experiences,” Tuchel said.

“We cannot rely on the biggest experience but we can rely on a hard working young group. Hopefully we can stay adventurous to accept the challenge. It will be a big one coming.”

Praising France midfielder N’Golo Kante’s influential display in his first start since a hamstring injury, Tuchel said: “N’Golo is incredible, he is like one and a half or two players.

“Everyone who sees him for the first time loves him. He wins so many balls and gives everybody confidence.”

Tuchel this week said he wouldn’t want to fight Antonio Rudiger or Cesar Azpilicueta, such is the ferocious will to win coursing through Chelsea’s most vocal players.

Both defenders lived up to Tuchel’s billing as they fought tooth and nail to keep Porto at bay in a niggly clash.