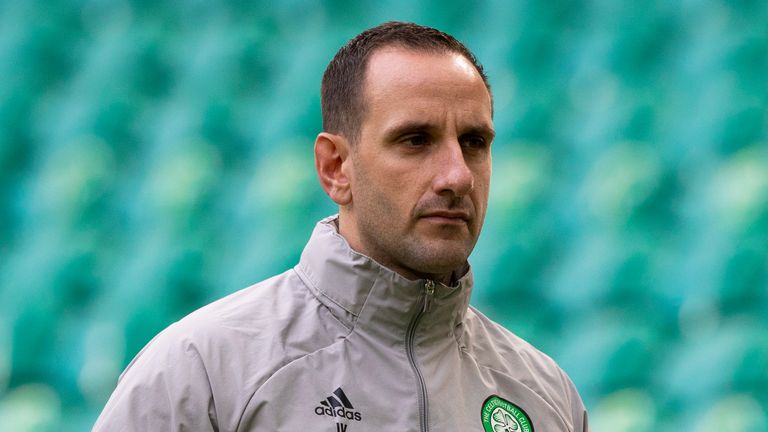 John Kennedy insists Celtic must avoid thinking about what Rangers are doing and focus on themselves heading into their match at Dundee United on Sunday.

The Celtic interim boss, who won his first game at the helm 1-0 against Aberdeen last weekend, is conscious that any dropped points would open the door for Rangers to confirm their first league title since 2011.

However, Kennedy says the only focus for Celtic is on delivering an improved performance from their one against the Dons when they visit Tannadice, live on Sky Sports.

Asked if his players have added motivation to delay Rangers’ title celebrations, Kennedy said: “It might be but again we can’t worry about what might be going on elsewhere or how it might affect anybody else.

“We have to got to think of ourselves all the time. That’s where we’re at. Ultimately Rangers are sitting in a very strong position, and if we were sitting in that position we would be comfortable, we would be feeling confident.

“We have got to park that. We have got to think of ourselves, face up to the season, this is the way it’s been, but what do we do going forward?

“One, improving performances. There was lots in the Aberdeen game I really liked, especially first half. I thought we were slick and smooth in our play and created good opportunities. I think if we get a second goal it is a totally different game.

“Going into the second half, it stays 1-0, a bit of edginess crept in. We have spoken about that and addressed that, tried to instil more belief and confidence in the players as the week has went on. We just want to show that in the performances and park what might or might not be elsewhere.

“It might be in the back of some people’s heads who have been here a long time, and if that’s extra motivation great, use it for that.” 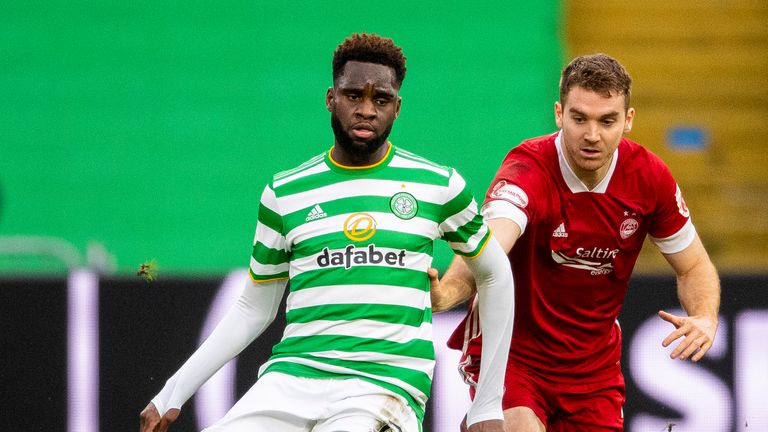 Kennedy was pleased with his players’ reaction last weekend and has called on his squad to take the positives out of the victory against Aberdeen, which rounded off a testing week following the departure of Neil Lennon.

A first away game as caretaker boss at seventh-placed Dundee United will provide ample opportunity for Celtic to take steps towards developing the consistency Kennedy wants to foster.

“This week we managed to take belief and confidence from the result, take the positives out of the game and have a really good training week with a good intensity and a good focus on things,” Kennedy added.

“At the same time, try to lift the spirits a bit and breed that confidence, that’s what we have got to do now. We have got to build and got to be consistent in what we are doing and see where that takes us.”

March 5, 2021 Soccer Comments Off on Celtic interim boss John Kennedy says club have to focus on themselves and not results elsewhere
NFL News