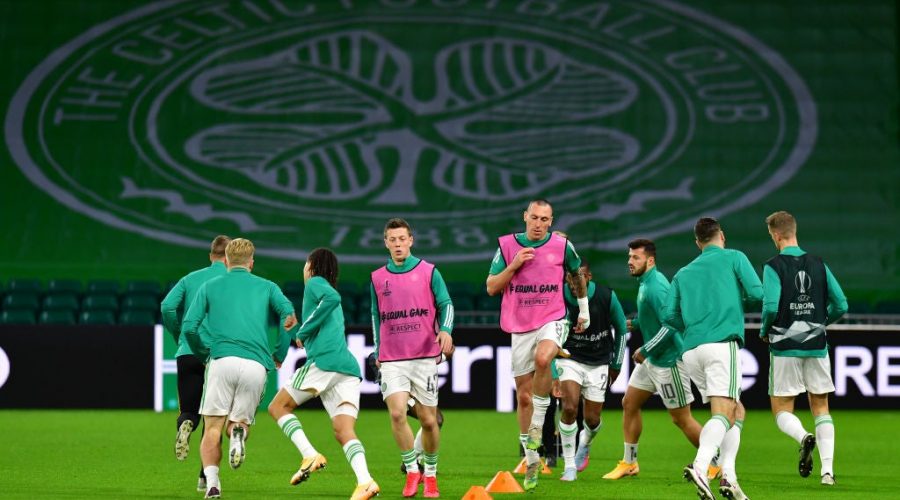 Celtic will be without 13 first-team players for tonight’s game against Hibernian after coming into close contact with the sole member of the squad who has tested positive for coronavirus – injured defender Christopher Jullien.

The club confirmed Jullien is self-isolating at home and he is sidelined with a knee injury for the foreseeable future, but he was part of the travelling party which headed to Dubai for a controversial mid-season training camp.

Celtic say they have been “informed by the authorities” that those who were in Jullien’s vicinity must now “self-isolate on a precautionary basis”, which includes 13 players, manager Neil Lennon and assistant John Kennedy.

Despite the fall-out from the trip, which now sees the team severely under-strength for the Scottish Premiership clash, the club have defended their trip, saying they “applied the same rigorous protocols used for pre-season training camps, UEFA match travel and for all domestic match arrangements in Scotland.”

Celtic also pointed out that a positive case could have been picked up had they remained locally, with players from a raft of other clubs testing positive over the past few weeks throughout Scotland and England – though that would not necessarily have led to an entire platoon of team-mates being sidelined, as well as key members of the coaching staff.

The Monday night match at Celtic Park is one of four games Neil Lennon’s side have in hand over leaders Rangers, who they trail by 22 points after defeat in the Glasgow derby just prior to the trip to Dubai.

Which players are excluded from playing against Hibs have not been revealed, but the task of clawing back points in the title race will clearly be far more difficult without senior options and the manager in place.

Celtic placed on record their disappointment at the situation, though did also confirm they would fulfil the fixture as planned.

Their next game after facing Hibs is against Livingston on Saturday.

They have previously been criticised by the Scottish government for going ahead with the trip to Dubai despite a worsening of the coronavirus situation and restrictions on travel, though their plans had been approved and elite sporting camp trips remain allowed.