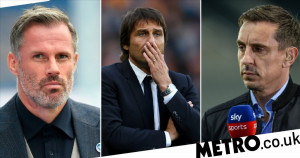 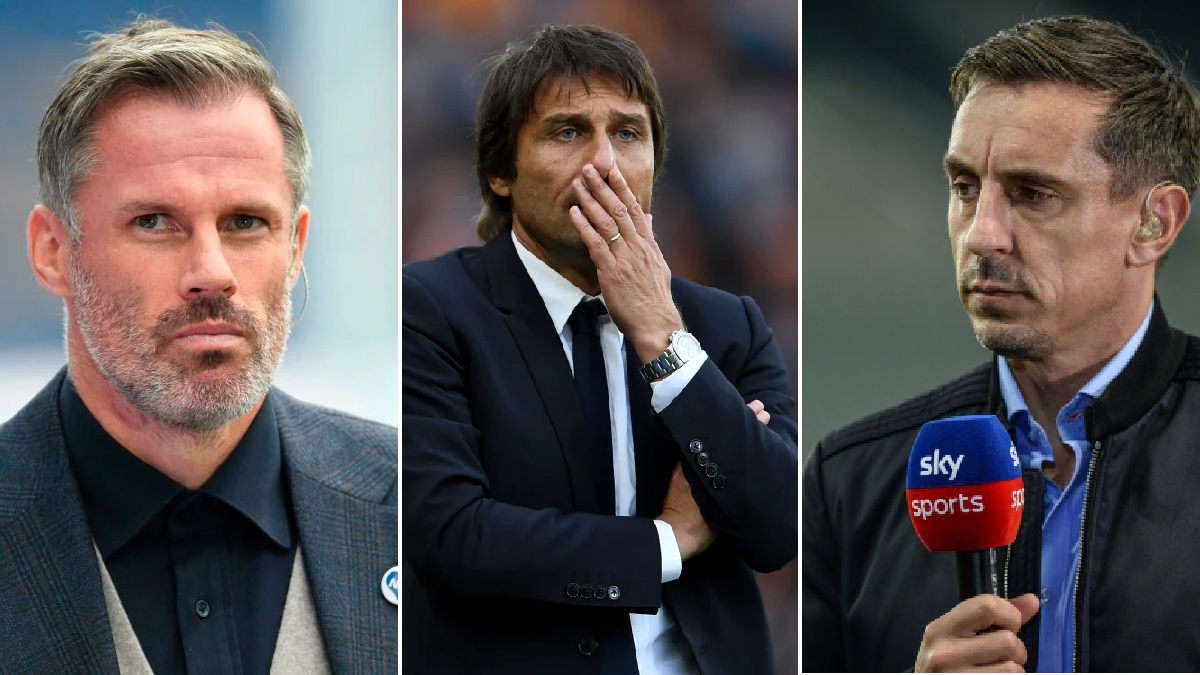 Jamie Carragher is seemingly in strong disagreement with Gary Neville’s take on Manchester United failing to make a move for Antonio Conte.

The Red Devils parted ways with Ole Gunnar Solskjaer on Sunday in the wake of United’s 4-1 defeat to Watford.

For some United fans it had been a long time coming with results and performances way below par in recent months.

The Old Trafford club had the chance to sack the Norwegian last month and make a move for free agent Conte but instead stuck with Solskjaer as they stood by and watched the former Inter Milan boss join Tottenham.

Carragher feels United made a mistake in not pursuing the Italian as it was always going to end in tears for Solskjaer.

‘It was obvious after United were hammered by Liverpool in October that (Solskjaer’s) current position was unsustainable,’ Carragher told The Telegraph.

‘Soundings to possible replacements ought to have been made then, the international break presenting an opportunity to reset.

‘It is embarrassing that United could not see that, while Tottenham Hotspur, Aston Villa, and Norwich City (who all sacked managers before the international break) could.

‘Spurs were smart in moving slightly earlier for the outstanding Antonio Conte. We will never know if Conte could have been tempted to United instead, had they shown any interest.

‘Some say Conte was not the right fit for United. Speak to those at the highest level of football and there is general bewilderment at that.

‘What exactly do United want? Are they so naive as to believe there is another Sir Alex Ferguson out there, who will run the club in his image for the next 25 years?

‘Wake up! The football world has changed. Those managers do not exist anymore.’

United legend Neville was one of those who suggested Conte was never an option or a good fit for his former club.

‘There will be people who say “Antonio Conte has just gone to Tottenham,”‘ Neville said over the weekend. ‘He was never coming to Manchester United.

‘Manchester United’s board were never going to appoint Antonio Conte whether you agree with that or not.

‘I don’t think Antonio Conte would have been a fit for Manchester United and I don’t think there is an absolutely perfect fit available at this time so they have to bring someone in temporarily until someone is available who can take forward the work that Ole Gunnar Solskjaer has done.’

November 22, 2021 Soccer Comments Off on Carragher tells Neville to 'wake up' over Antonio Conte to Man Utd comments
NFL News