‘He deserves everything he gets’: Jamie Carragher claims Raheem Sterling is as important to Manchester City as Kevin De Bruyne, David Silva and Sergio Aguero

Sterling has been in excellent form so far this season, with the winger having scored six goals and provided five assists in nine Premier League appearances.

The England international is on the verge of agreeing a new five-year deal at City that will see him earn £300,000-a-week, becoming the highest-paid British player in the process. 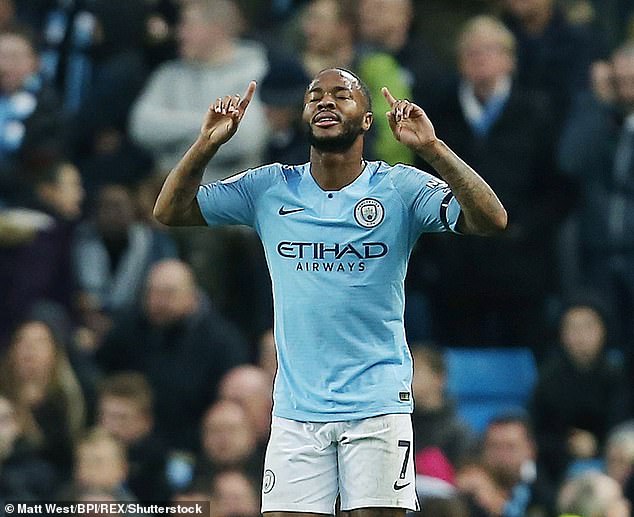 Carabao Cup – One game, one assist

Carragher, who played with Sterling at Liverpool, believes that the 23-year-old is worthy of earning such a significant amount.

Speaking on Sky Sports’ Monday Night Football, Carragher said: ‘Raheem Sterling is on the verge of signing a really big contract and maybe eyebrows raised at the figures involved. But he is in company of players who are earning those figures. This lad gets far too much criticism.

‘What this lad is achieving, the move to City, the price tag, Guardiola coming in. A young English lad is thriving in a team with maybe the best manager in the world.’

‘He deserves everything he gets. What he is doing for Manchester City now, we talk about Aguero, Silva, De Bruyne; he is in that company.’ 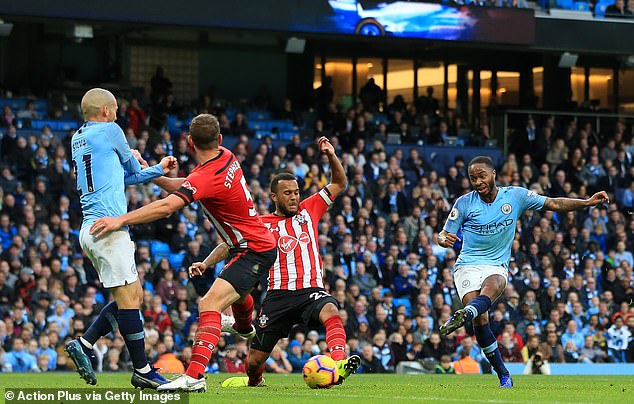 Sterling has been in excellent form for City, scoring six goals so far this season

Sterling was previously accused of lacking ruthlessness in front of goal, but he certainly seems to have addressed that issue, having scored 18 times in the league last season as he helped City to win the title.

The 23-year-old was also hugely impressive in England’s victory over Spain last month as he scored a brace – his first goals for his country in three years.

Sterling is playing with much confidence and will be determined to help City retain the Premier League title this season, while Pep Guardiola’s side will also be looking for a lengthy run in the Champions League.

City, who are top of their group, host Shakhtar Donetsk on Wednesday in their next fixture.

November 5, 2018 Soccer Comments Off on Carragher claims Sterling is as important to City as any other player
NFL News