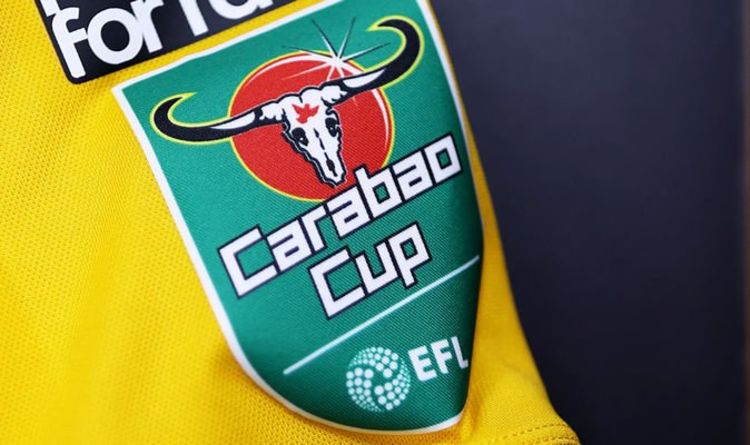 Chelsea moved closer to a place in the Carabao Cup final after defeating Tottenham 2-0 at Stamford Bridge last week and get the chance to book a place at the Wembley showdown at the Tottenham Hotspur Stadium tonight.

Kai Havertz’s goal and an own goal by Ben Davies handed Thomas Tuchel’s side a big advantage going into Wednesday’s second leg.

Meanwhile, Liverpool host Arsenal in the first leg of their semi-final tie after the initial clash was postponed due to COVID-19 cases in the Reds’ camp.

Jurgen Klopp’s side were scheduled to visit the Emirates Stadium on January 6 but waived their right to home advantage in the second leg after requesting a postponement.

Express Sport brings all the details about how teams can advance to the final which will be played on February 27.

JUST IN: Philippe Coutinho tells how Steven Gerrard convinced him to join Villa

Is there an away goals rule and extra time?

There is no away goals rule in the Carabao Cup semi-finals. That means Tottenham could win 3-1 tonight – leaving an aggregate score of 3-3.

In the Champions League there would be an ‘away goal’ in Chelsea’s favour – but the Blues will not automatically go through in the same scenario here due to the lack of the rule.

Additionally, there is no extra time.

If the aggregate score is level after the 90 minutes in the second leg, the game will go straight to a penalty shootout.

What has been said?

Tuchel has denied that his side are already well place

“I would actually say we have no foot in the final, none of the teams, whether it half a foot or a whole foot, there is no need to waste energy over these things.

“We play another tough match in a tough stadium against a very good team and a top, top, top coach so we need to be prepared.

“Maybe it is better not to expect too much because nobody knows what is going to happen. We need to be fully aware of everything and to adapt to the situations that happen on the pitch.

“Of course, we want to control the match and attack as much as possible, we had a very good match in the first leg but it is over, it is the past and we expect the best possible Tottenham side.

“We prepared in the best manner, we did for the first match and we will do it again for tomorrow. We have to be spot on, forget the first result and do it again.”

Tottenham boss Conte added: “It’s sad, it’s sad because we know very well we’re facing a top team who last season won the Champions League and in the summer they invested much money to improve the squad. In this moment we’re playing against the best in Europe.

For sure, when you play against this type of team, it’s hard. At the same time, despite our problems with injuries, we have to try to give everything tomorrow.

January 12, 2022 Soccer Comments Off on Carabao Cup semi-finals: Is there an away goals rule and do ties go to extra time?
NFL News