City and Spurs will vie for the trophy

The Carabao Cup final was initially set to be left out of the Government’s test event programme, the PA news agency understands.

The match on April 25 has since been confirmed as the first outdoor sports pilot event with supporters from the teams involved since the launch of the new Government-led Events Research Programme (ERP).

The ERP will test various methods with a view to identifying the safest and most effective ways to allow fans to return to sports events in significant numbers from June 21.

The clubs have been given 2,000 tickets each for the Carabao Cup final, with a further 4,000 distributed to local residents and NHS workers.

Following the publication of the Government road map in February, the EFL indicated its desire for the final to be a test event.

However, it is understood the reason the Carabao Cup final was not announced alongside two other test events – the FA Cup final and the World Snooker Championship – on March 13 was due to uncertainty over whether it would be included in the ERP at all.

After it was decided to include the final, the EFL is understood to have further lobbied for a limited number of fans to be able to attend, after an initial proposal that only local residents and NHS workers be allowed in.

The league announced in December last year that the final would be moved from February 28 to April 25 in the hope of at least some fans being able to attend.

The competing clubs’ supporters’ groups issued a joint statement on Tuesday night criticising various aspects of the test event, after ticket details and Covid protocols for the match were confirmed.

They said the decision to choose a competition final as a test event was “political grandstanding”.

There has also been criticism of the decision to bar the clinically extremely vulnerable (CEV), those living with someone who is CEV, those who are pregnant and under-18s.

The Tottenham disabled fans’ group SpursAbility told PA it was “direct discrimination” to exclude CEV fans, adding that being able to attend matches was a “lifeline” for many who had spent months in forced isolation. 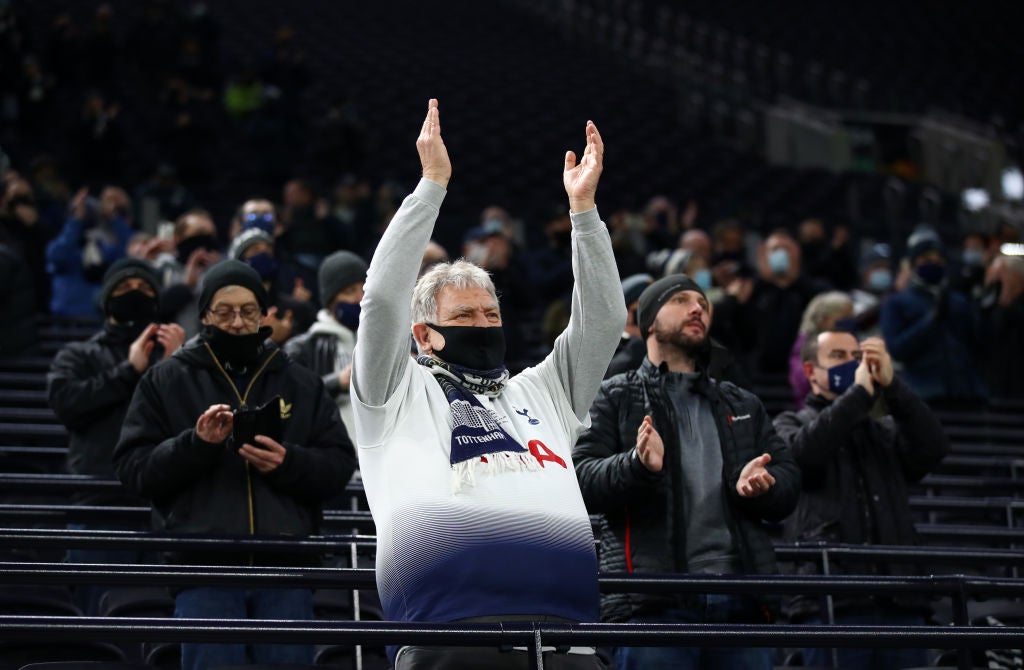 Limited numbers of fans will be in place at Wembley

A spokesman for the Department of Digital, Culture, Media and Sport (DCMS) said: “These pilots are the first steps to helping all members of the public safely back to mass events.

“While they were designed to be as inclusive as possible, we have been advised that it would not be suitable on health grounds for the clinically extremely vulnerable to attend such pilot events and potentially be put at greater risk of transmission.”

Even though supporters wishing to attend must be able to produce proof of a negative Covid test to enter the stadium, social distancing restrictions will remain in force both for the Carabao Cup final.

This Sunday’s FA Cup semi-final between Leicester and Southampton is also part of the ERP and will be attended by 4,000 people, a mixture of local residents and NHS workers.

The first sports pilot event with fans is the World Snooker Championship, which starts on Saturday. The intention is to gradually increase capacity and remove social distancing restrictions at the Crucible Theatre in Sheffield as the tournament progresses, with the hope being that the final will be played in front of a full capacity crowd.