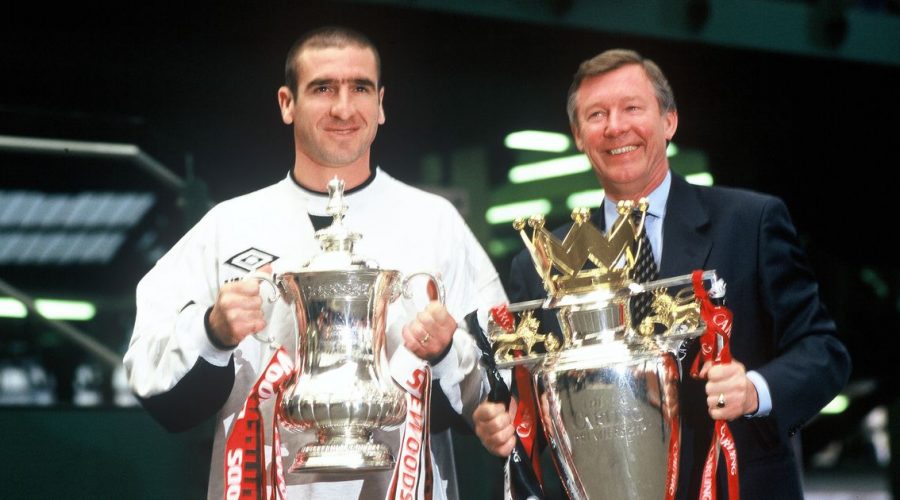 Eric Cantona’s transfer from Leeds to Manchester United went from “impossible” to approved in hours after a key phone call.

The Frenchman made a controversial move between the historic rivals in November 1992, swapping Elland Road for Old Trafford.

Having scored 14 goals in just 35 games for the Whites, the forward went on to hit 82 for the Red Devils as he won four Premier League titles and two FA Cups.

But it took a phone call from Leeds managing director at the time Bill Fotheby to actually make United aware of Cantona.

Speaking in new book King Eric – Portrait of the Artist Who Changed English Football [via Mirror] , the ex-chief said: “I rang United about Denis Irwin, who had been at Leeds as a young boy.

“United chairman Martin Edwards said there was no chance but I asked him to at least speak to Alex [Ferguson].

“Normally, I wouldn’t have expected him to ring back. This time he did, offering me a different player I knew Howard [Wilkinson, then-Leeds manager] would not be interested in.

"It was then he asked about Eric. I said ‘no way' and that it was impossible.”

But it had all changed in hours, with Fotheby adding: “Howard was out house-hunting in Leeds. I left it a couple of hours, rang Martin and said, ‘I can’t believe this but Howard is willing to let the boy go’.”

This was down to Edwards getting his own insights on Cantona from another source.

He said: “I was friends with Irving Scholar, the former Tottenham chairman, who lived in Monaco. Whenever we talked he would rave about this lad Cantona.

“He would say, ‘He’s made for you, he’s a player made for United. His style of play is suited to United. I can see him in that red and white strip.’

“Having read about the falling out between Howard and Eric, I remembered how important he’d been to Leeds’ title win in 1992. If he hadn’t gone there, I am sure we would have won it.

“Bill was almost too honest for his own good. I called Alex and told him of Bill’s enquiry about Irwin. He said no, as I expected.

“And then I said, ‘Would you take Cantona if I could get him?’ Alex replied, ‘Too bloody right I would!’

“Then Bill called to follow up about Irwin. I told him Alex wasn’t having that, but we’d take Cantona off his hands, almost as if we were doing him a favour!

“Bill said, ‘We’re open to selling him, but we have one problem at our end. He’s very popular. The crowd love him. We’ll get slaughtered. Howard will do it, but only if we do it very quickly.' I said that was no problem.”

A quick negotiation of the price soon followed, with a £1.2m price being agreed between the clubs.